By Emily Ford
eford@salisburypost.com
SALISBURY – Ricky and Randy Smith have come full circle.
Make that full 360-degree-spinning-back-kick circle.
Twin brothers and perhaps the best known karate instructors from Rowan County, the Smiths have expanded Sidekick Karate to downtown Salisbury, where they first fell in love with the sport.
Ricky and Randy were about 11 years old when they walked into the karate studio, or dojo, owned by the late Gary Basinger on South Main Street. While they didn’t begin studying with Basinger until he opened a dojo in Concord a few years later, the twins knew from their first encounter that they wanted to dedicate their lives to martial arts.
Now 53, with multiple black belt degrees, 35 years of instruction and several movie credits to their name, the twins have opened Sidekick Karate at 119 W. Innes St., an extension of the studio they founded in China Grove in the mid-1970s.
The Salisbury dojo replaces a longtime Sidekick studio in Lexington. While the decision to leave Lexington was tough, the Smiths said relocating to Salisbury, where they both graduated from Catawba College, felt like coming home.
“We came back around to where our heritage is and where our roots are,” Randy said.
Robert and Carrie Taylor now own and operate Sidekick Karate in China Grove, under the direction of the Smiths, giving Ricky and Randy more flexibility.
Not that they needed it. The twins are plenty limber.
Before a recent photo shoot, Randy dropped into the splits as his warm-up.
Despite a recent hip replacement, Ricky can still fly through the air in his signature move, a side kick, aiming right for his brother’s head.
Ricky has committed to instruct in Salisbury for at least three years, and the dojo has three black-belt students who are potential proteges.
“We look really forward to leaving a legacy here in Salisbury,” Ricky said. “A lot of the kids who are coming into the school now, hopefully one day they might make martial arts their career and run a karate school.”
The twins wanted a second studio closer to their homes in China Grove. Randy also has a home in North Myrtle Beach.
“We were specifically looking for an older building, kind of artsy,” Ricky said. “We didn’t want a commercial building, like in a strip mall. We wanted old-school traditional with the right atmosphere.”
They found it in downtown Salisbury. After weeks of cleaning and painting, Sidekick opened Aug. 6.
Downtown welcomes the martial arts studio, said Randy Hemann, executive director for Downtown Salisbury Inc.
“I am excited to see successful businesses expand into downtown Salisbury, and I feel Sidekick Karate will fill a need in the market,” Hemann said.
Ricky consulted with an interior decorator to choose the color scheme of calming greys and blues, with a touch of red “to make it pop,” he said.
Bright bleachers invite moms and dads to watch practice sessions, if they aren’t already participating.
The Smiths encourage parents to practice karate with their children during a family class at 6 p.m. Monday and Thursday. That follows the Screaming Eagles class for children ages 5, 6 and 7 at 5:30 p.m.
“We want parents to work out with the kids,” Randy said.
The twins steer away from classes that become too competitive or lean toward preparation for cage fighting.
“We are not going in that direction,” said Ricky, 18 minutes older than his brother. “We are here for the kids.”
Randy, a yoga instructor, is considering offering adult fitness classes that would incorporate kickboxing and some self-defense.
But the crux of the business will remain focused on teaching children discipline and respect while boosting self-confidence, all rewards of karate that Ricky and Randy learned at a young age.
Black belts by the time they were 16, the twins worked throughout college to co-author the instruction manual for the American Open Karate System under the direction of headmaster Jerry Piddington.
They have black belts in four additional styles of karate.
Ricky, an eighth-degree black belt, relies on wife Edie Smith to help in the new studio. Randy, a seventh-degree black belt, operates a lifeguard business at the beach.
The men talk lovingly about their late parents – Gene Smith and Aldena Smith, a longtime English teacher at South Rowan High School – and the opportunities they provided for the twins growing up in the world of competitive karate.
After dedicating so much time to hauling the boys to tournaments, it was fitting that Gene Smith passed away on National Martial Arts Day.
Thousands of children and hundreds of black belts have come through Sidekick Karate over the years. Ricky and Randy said they regularly run into firefighters, police officers and soldiers who studied karate at Sidekick.
The Smiths have studied under a long list of karate experts, including Dave Adams, now a movie producer, and North Carolina native Joe Lewis, twice voted the greatest fighter in karate history, who died last month in Knightdale.But the instructor who made perhaps the greatest impression on the twins was Basinger, who taught countless area children the coordination, focus and determination inherent to karate.
Basinger, who founded Spencer Plumbing Co. in 1978, began studying karate at age 12 and achieved the rank of fifth-degree black belt. He won multiple tournaments on the East Coast and was grand champion of the Battle of Atlanta and the Atlanta Pro-Am.
He was ranked by Kung Fu magazine as one of the top 10 fighters on the East Coast, and shortly before his death in 2010, he was inducted into the Living Legends hall of fame.
Ricky and Randy said they want to honor their first karate instructor’s influential role in their lives and careers.
As the twins come back to the place that first sparked their love for karate, they plan to dedicate their Salisbury dojo to Basinger.
Learn more about Sidekick Karate by calling 704-202-6454.
Contact reporter Emily Ford at 704-797-4264. 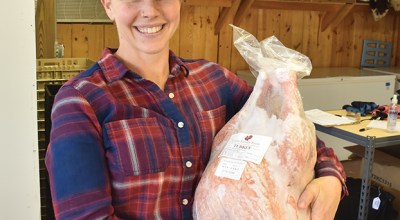 From poult to Thanksgiving centerpiece, Evans Family Farm knows how to raise turkeys

Catawba, Livingstone not bringing students back until after the holidays 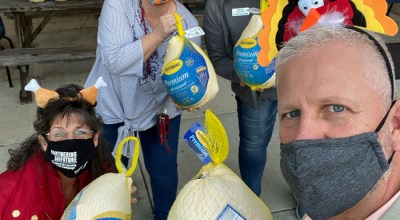 From poult to Thanksgiving centerpiece, Evans Family Farm knows how to raise turkeys

Catawba, Livingstone not bringing students back until after the holidays

Catawba basketball: The struggle to play the games

What are Salisbury, Rowan County leaders thankful for in 2020?

Man charged with failing to register as sex offender

When weather turns cold, where do Rowan County wildlife go?