RALEIGH (AP) — Former North Carolina Gov. Beverly Perdue has closed her campaign accounts, distributing the more than $1.2 million political war chest raised for her derailed 2012 re-election bid.
Nearly $800,000 went to the Democrat and her husband to repay personal loans made to her political campaigns between 2000 and 2008, according to campaign finance disclosure reports filed last week with the N.C. Board of Elections.
Another $200,000 went to a pair of writers assisting Perdue with her autobiography and about $120,000 went to a charity. Most of the remainder was paid to lawyers and campaign staff.
None went to the cash-strapped North Carolina Democratic Party or her former political allies, with the exception of a $16,163 check repaying the party for postage and printing.
That decision is likely to rile some of her past supporters.
“This amplifies what everybody already knew, that Bev Perdue was all about Bev Perdue,” said Brad Crone, a Democratic political consultant from Raleigh. “It’s not shocking that she made sure she got paid back. That won’t dismay anybody.”
A request for comment sent to Perdue received no response.
Under state law, once a campaign’s bills and debts are paid a former candidate can distribute any leftover funds to charity, to other candidates or their political party.
Perdue aggressively raised money for her 2012 re-election bid right up until she withdrew from the race that January. At the time, the incumbent governor faced dismal polling numbers and a criminal investigation. Two of Perdue’s closest aides and two wealthy donors later pleaded guilty to misdemeanor charges related to her 2008 campaign.
Republican Pat McCrory was elected governor the following November, heavily outspending the eventual Democratic nominee. McCrory’s campaign raised more than $12 million, compared to about $4 million for Democratic Lt. Gov. Walter Dalton.
Republicans also gained veto-proof supermajorities in both chambers of the state legislature, leaving the state’s few remaining elected Democrats to rebuild.
While state Democratic Party Chairman Randy Voller didn’t dispute that Perdue’s money could have helped, he praised her decision to give some of her campaign funds to the Triangle Community Foundation, a Durham-based charity.
“With Gov. Perdue’s tenure serving the people of North Carolina, she fully understands how greatly these funds are needed in the community,” Voller said. “We look forward to the governor’s continued involvement and her support for the party and its candidates.”
Perdue, 66, has kept a relatively low profile since leaving office in January, spending the spring semester as a fellow at the John F. Kennedy School of Government at Harvard University. She is expected to begin a stint at Duke University’s Sanford School of Public Policy in the fall.
In a brief interview with the Charlotte Business Journal in June, Perdue said she was focused on spending the summer with her grandchildren at her coastal home before returning to the Triangle with plans to open an education consulting business.
“I don’t want to ever do politics again,” she said. 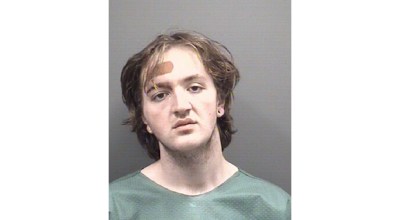 City gives away nearly 100 trees during ‘We Dig Salisbury’ event

Kannapolis Police searching for suspect who fled scene of homicide