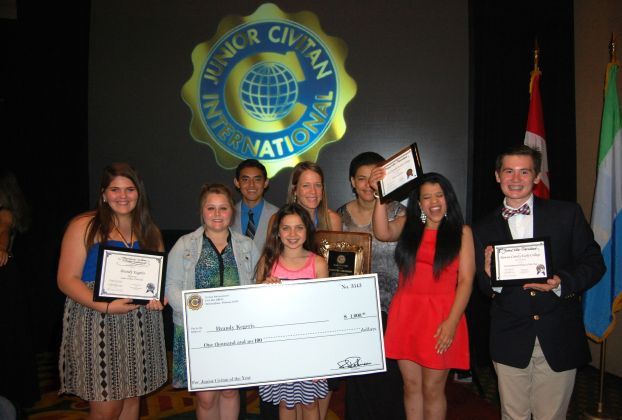 They spent a lot of time learning from other clubs, participating in the event’s workshops and sharing fellowship with other Junior Civitans — even some from as far away as Sierra Leone.

The Early College’s club was recognized a great deal at the convention.

Club President-Elect Brandy Kegeris nominated her outgoing advisor Meredith Abramson into the Junior Civitan International Hall of Fame. Not only was Abramson recognized, but she was the second and final inductee of the year, following current International Civitan President Bob Robinson.

Kegeris is also the incoming governor for the district covering the western half of North Carolina. She and other governors were recognized at the event’s closing ceremonies.

On a district level, North Carolina West is a district covering 44 clubs from the mountains of Hayesville to the neighborhoods of Salisbury. The district swept up 20 awards at the convention, recognizing all of the clubs and service.