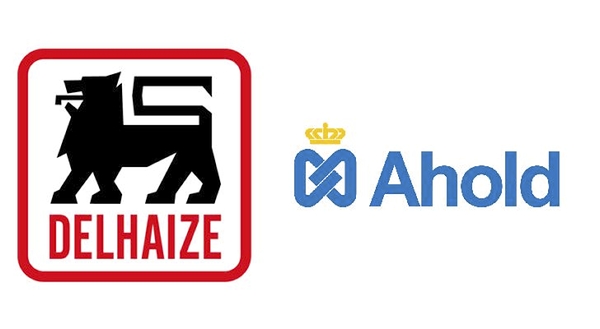 BRUSSELS, Belgium — Food Lion’s parent company announced Wednesday plans to merge with another large European grocer and create one of the largest supermarket chains in the U.S.

Belgium-based Delhaize Group will merge with Royal Ahold, a Dutch company that operates the U.S. supermarket chains Giant and Stop & Shop among others. Ahold will acquire Delhaize for about $10.4 billion in shares. Reports said the combined company would be worth $29. 5 billion.

The transaction is expected to be complete by mid-2016, according to a press release from both companies. The new company will be named Ahold Delhaize.

The deal is expected to help the companies compete with Walmart and discount grocers such as Aldi.

Food Lion, which has 1,100 locations and is headquartered in Salisbury along with Delhaize America, is the largest revenue producer for Delhaize. More than 60 percent of Delhaize’s business is done in the U.S.

Delhaize also owns Hannaford, a supermarket chain in the Northeast. The merger will create a company with over 6,500 stores around the world. Ahold has over 750 supermarkets in the U.S.

The companies, who in the past have discussed the possibility of merging, in May confirmed merger discussions were ongoing. Ahold’s main U.S. offices are in Carlisle, Pennsylvania, and Quincy, Massachusetts.

The companies’ existing brands will continue to operate after the merger. Christy Phillips-Brown, a spokeswoman for Delhaize America, said it’s too early to speculate on a location for the new company’s American headquarters.

She said nothing changes until after the merger is complete.

During a press conference Wednesday, top officials with both companies didn’t say whether the merger could lead to layoffs or store closings.

David J. Livingston, a supermarket analyst based in Milwaukee, Wisconsin, said the merger is a consolidation and the new company will likely have to close or sell some stores that compete in the same market in the mid-Atlantic and Northeast states.

“Ahold is pretty much in charge,” he said.

Both companies aren’t doing that well, he said. Food Lion closed over 100 stores between 2012 and 2013 and Delhaize recently sold all of its Bottom Dollar stores. In 2013, Delhaize sold 155 of its stores under the Reid’s, Sweetbay and Harveys banners.

Food Lion officials have said they’ve seen growth and improvement since starting a new marketing strategy in 2014, but the company has continued to close under-performing stores.

Livingston also said the new company will probably have to lay off redundant personnel, which, he said, could lead to fewer people working at Delhaize’s headquarters in Salisbury.

Livingston did say the merger will give the new company more buying power.

Elaine Spalding, president of the Rowan County Chamber of Commerce, said Delhaize is a major employer in the area and a wonderful corporate citizen. She said local officials continue to do everything necessary to help Delhaize and Food Lion expand in the area.

Delhaize has 2,300 associates in Salisbury.

Food Lion co-found Ralph Ketner said he wishes both companies well and that he is glad Delhaize CEO Frans Muller will retain a top level position in the new company — Muller will be the deputy CEO and chief integration officer for Ahold Delhaize.

Ketner said he hopes Delhaize will continue to have a strong presence in Salisbury and Rowan County because the company means so much to the community.
“Hope that it will all be for the best,” he said.
In a statement, Muller said, “We believe that the proposed merger of Ahold and Delhaize will create significant value for all our stakeholders. Supported by our talented and committed associates, Ahold Delhaize aims to increase relevance in its local communities by improving the value proposition for its customers through assortment innovation and merchandising, a better shopping experience both in stores and online, investments in value, and new store growth.”
Officials for both companies said the merger will lead to better customer service and expanded opportunities for employees.

The companies said the merger is expected to result in over $500 million in cost savings over the first three years. Most of the savings will come from sourcing — combining suppliers.