Lure of the lake: It’s summertime, and the fishing… 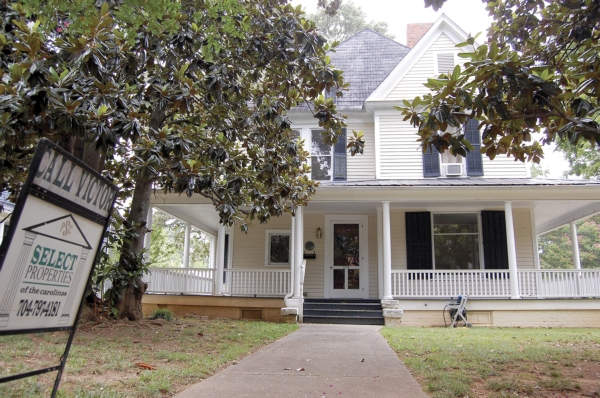 David Purtell/salisbury post A home for sale on South Ellis Street. Mortgage rates have climbed over 4 percent but are still at historically low levels.

Mortgage rates ticking up, but still a good time to buy a home

Mortgage rates have been going up this year, but mortgage lenders say the current climate in the housing market is still great for people looking to buy a home.

The average rate for a 30-year-fixed mortgage surpassed 4 percent in recent months after trending downward throughout 2014. But rates remain at historical lows.

Bob Setzer and Pam Abernathy, mortgage lenders with F&M Bank, said for people with healthy finances, now is still the time to buy a home.

“If I was a gambler, I would probably bet they’re not going to go lower but not going to skyrocket,” Setzer said about mortgage rates. The lenders added that rates for 15- and 20-year mortgages are a little lower than the 30-year rate.

Setzer said home buyers have been spoiled by low rates the last eight years since the recession. Mortgage rates were above 6 percent in 2007 and 2006.

If the economy improves at a faster rate, mortgage rates could rise faster, Setzer said. Abernathy noted that home prices in the local area aren’t rising as fast as in other parts of the region and country, an advantage to buyers.

In December, Fannie Mae and Freddie Mac, the government-controlled mortgage giants, announced a new option for qualified first-time home buyers that lets them put as little as 3 percent down on a home. The program is meant to encourage home ownership, which has been dwindling in America.

A 20 percent down payment is the standard for most mortgages. Consumer research conducted by Fannie and Freddie found that the primary barrier to homeownership for first-time home buyers is saving money for down payments and closing costs.

Local Realtor Matt DeBoer said now is the time to buy a home. “You never know what’s going to happen,” he said about mortgage rates. “There are no guarantees,” rates will continue to stay low.

Setzer said federal officials continue to say rates will go up at some point.