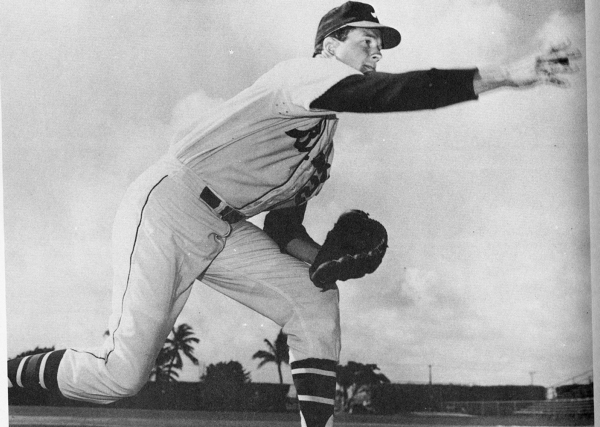 Jay Ritchie, hurls a pitch during spring training in 1967, for the Atlanta Braves. Ritchie, a life-long Rowan County resident, had a solid professional career as a relief pitcher in both the minor and major leagues. Ritchie died recently at the age of 80. (1967 Atlanta Braves Illustrated)