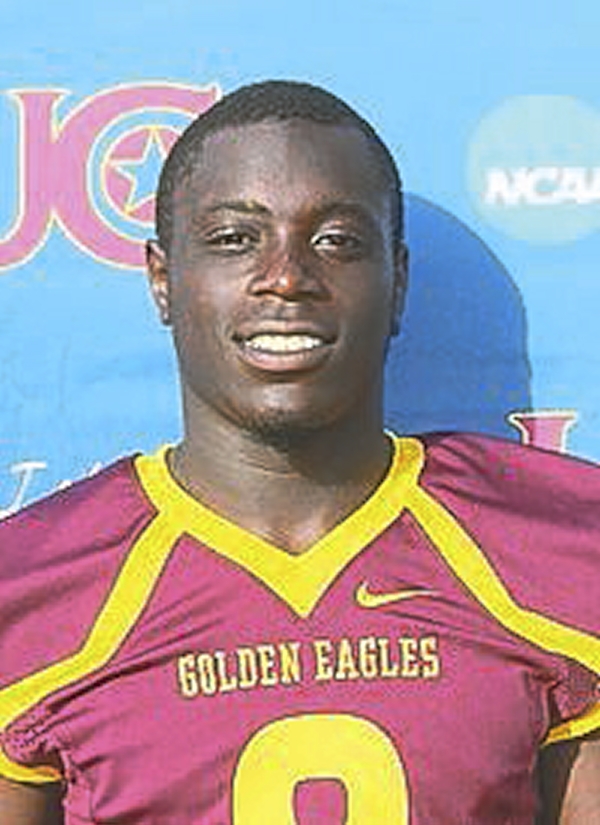 Football: Knox gets chance to play pro ball in Sweden

SALISBURY — Salisbury High graduate John Knox has lots of hot tea, fish and castles in his future.
Knox will be heading to Sweden — yes, Sweden — on March 1 to play professional football. The Swedish American Football Federation season begins with exhibitions in April and concludes with Sweden’s version of the Super Bowl the first week of September.
“Sure, I’m excited,” Knox said. “How many guys get a chance to play pro football? And how many guys get to play football in a different country?”
Knox, who quarterbacked Salisbury to the 2010 2AA state championship, figured his football career was over after his Charleston Golden Eagles lost to Indiana (Pa.), 47-21, in the first round of the Division II playoffs last November.
But he figured wrong. Knox was home for the Christmas holidays when he got the phone call that revived his career.
“I didn’t recognize the number, so I didn’t pick up,” Knox said. “But I listened to the message they left, and then I called them back. It was a football coach in Sweden and he offered me a contract. He said they were looking for a playmaker at quarterback, and my college coaches had recommended me.”
That American football is played in Sweden probably comes as a surprise to most people. It was a surprise to Knox (6 feet, 205 pounds).
The Minnesota Vikings and Chicago Bears played an exhibition game in Sweden in 1988. Interest in the intense, physical sport snowballed quickly from there.
The Orebro Black Knights were one of a number of teams that were born in Sweden in 1989, shortly after that visit by the NFL. The Black Knights are the team that contacted Knox.
The Black Knights are one of the best in Sweden. They’ve reached the Swedish championship game in each of the last three years, although they lost the big game all three times.
Last season, the Black Knights employed eight “import” players, Americans as well as Europeans, and those are the players that get paid. The native Swedes that fill out the 30-man roster play for the love of the game or the love of physical contact.
Randy Beverly Jr., an American who starred at UCLA and whose father made two interceptions for the New York Jets against the Baltimore Colts in Super Bowl III, coached the Black Knights to their successful season in 2015.
Orebro is two hours west of Stockholm and is the sixth-largest city in Sweden, with a population of 140,000. There’s a 750-year-old castle at the center of town.
There literally will be long days for Knox in Sweden this summer, with 3:30 a.m sunrises and 11 p.m. sunsets. There also will be grueling trips of up to six hours to play league opponents.
The Black Knights play their football games in a pro soccer stadium — Behrn Arena.
American football is only the fourth most popular sport in Sweden, falling behind soccer, hockey and even floorball, which is hockey played on a floor.
The Black Knights usually attract about 1,500 spectators, about a tenth of what the soccer team draws. Fans pay the Swedish equivalent of $11 to watch them block and tackle. Team officials roll in goalposts and paint lines on the soccer field, and the players help clean up the stadium after the action.
“I don’t know much about football in Sweden,” Knox said with a laugh. “But I’m sure I’m going to learn a a lot more soon.”
Knox was one of the standouts in Salisbury’s recent athletic history, scoring 737 points in basketball and making all-county teams in baseball.
In football, he holds school records for career total offense (5,496 yards) and career passing yards (3,200). He was on the Salisbury varsity as a freshman and was so proficient at running the wishbone offense for former SHS coach Joe Pinyan that he became the first Rowan QB to rush for 1,000 yards in a season in 2010.
Knox followed up his high school success with a stellar, four-year career at Charleston.
In his first three seasons, he was used as a quarterback and slot receiver. He produced 1,215 rushing yards, 1,784 passing yards and 422 receiving yards. He rushed for 12 touchdowns, threw for 13 touchdowns, and had five TD receptions.
When Charleston lost two safeties to injuries in a matter of days in preseason camp prior to his senior year, Knox was asked to switch positions to free safety.
“You do what’s best of the team, and playing defense was actually a lot of fun,” Knox said.
Knox made 55 tackles, had eight pass breakups and made three interceptions as a senior for the Golden Eagles, a remarkable effort for someone who had been an offensive player throughout high school and college.
His biggest play as a senior came when rival Concord faked a field goal and temporarily had a receiver wide open in the end zone. Knox made a desperate sprint and knocked the ball down to preserve a 29-21 victory.
Coach Pat Kirkland told the Charleston Gazette-Mail that Knox was his team’s best overall player because of his combination of knowledge, versatility and athletic ability.
While he’s excited about his upcoming adventure overseas, Knox has one more thing to take care of in the USA. He needs one more class to finish his degree in sports administration, and he’s taking care of that now online.
“I’ve come too far not to get that degree,” Knox said.