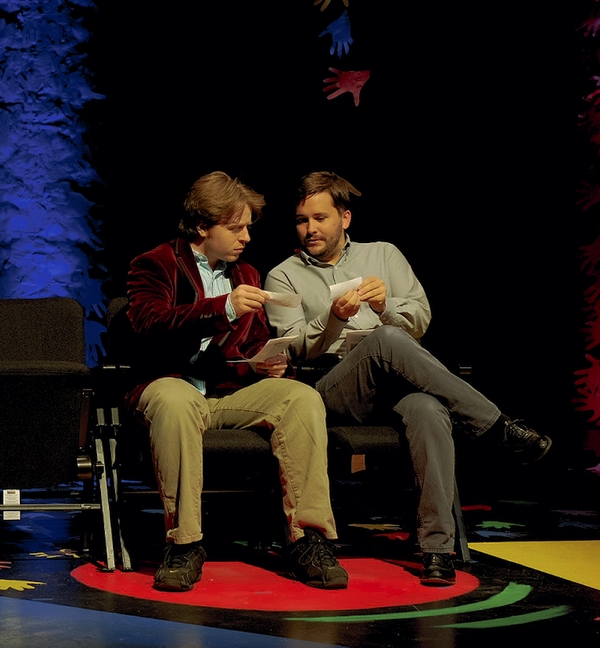 Diversified features six 10-minutes plays on the theme of diversity. The festival is an audience favorite and always an evening of laughter, fun, and maybe even a little enlightenment.

“It’s a really funny show,” says Christina Banner, who directs two of the six plays. “Every script is hilarious, but they also make some really great points about diversity and the struggles minority groups face.”

Melissa Tarduno is another one of the directors. “It was great to work with people in the community to bring this show to life. We have such a diverse cast, and it’s been such a great experience to work on these new scripts and really come together as a family.”

18 actors make up the casts of the 6 plays, and include veteran actors of Lee Street theatre as well as several new faces.

“It’s very freeing to work on a new script,” says actor Chaz Cable, who also served as lighting designer for the show. “When you work on shows that have been done before, you tend to reference previous performances. I can’t do that with a new show, so it’s been really exciting to build this character completely from scratch.”

The festival features the following plays: Alexis, A Lexus, by Steven Miller; Forbidden Love, by Mark Cornell; Meeting Mr. Right by Stephen deGhelder; Proper Business Ettiquete, by Henry W. Kimmel; The Facts Of Life, by Tom Bennett; and Don’t Bleed On Me by Andy Rassler.

In honor of the recent Orlando shootings, Lee Street theatre will be raffling off a poster of the show signed by the cast, crew, and playwrights. 100% of the proceeds will go to the victims of the tragedy.

“Everyone in this show has embraced the story of diversity so completely,” says Banner, “So it’s incredibly sobering to be reminded that we still have a long way to go.”

Diversified is sponsored by Salisbury Pride, Salisbury-Rowan PFlag and Sidewalk Deli. All performances are at the Lee Street theatre and Performing Arts Center at the Tom and Martha Smith Event Center, 329 N Lee Street, Salisbury, NC 28144. Tickets are $15+tax and available online at www.leestreet.org or at 704-310-5507