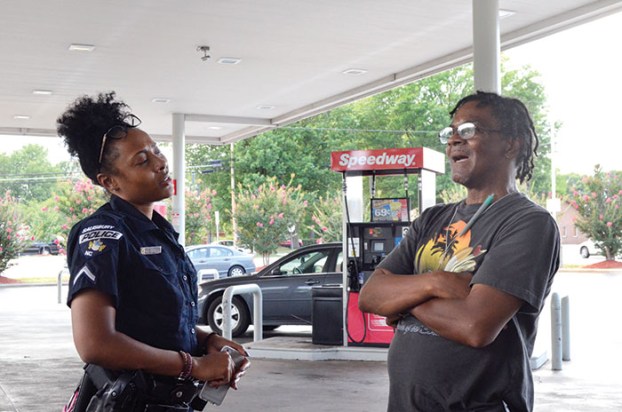 SALISBURY — Local leaders say the answer to recent violence in the country is creating partnerships and building trust between the community and law enforcement.

Area police chiefs say they are saddened by the tragic events this week that led to shootings of two black men — Philando Castile in Minnesota and Alton Sterling in Louisiana, both at the hands of officers — as well as five officers ambushed in Dallas after a peaceful protest.

Incoming Salisbury Police Chief Jerry Stokes said in a statement that both the Minnesota and Louisiana shootings are “very tragic situations, without a doubt, not one of these officers reported for their shifts with the intent or desire to have to take another person’s life.”

He said it brings to mind the nation’s ongoing struggle with gun violence.

“We have a basic constitutional right in this great country to be able to express our opinions. I think that anyone who has concerns over these incidents should be speaking up, peacefully,” Stokes said.

If the Dallas attack on police was motivated by the earlier incidents, as initial reports indicate, it makes all the incidents even more tragic, he said.

“It accomplishes nothing toward bringing about change or conversations when violence is introduced into the situation,” Stokes said.

As the chief of the Salisbury Police Department, he said, he is concerned about the safety of every officer and every citizen the agency serves.

“I would ask the Salisbury community to be our partner, appreciate the tough job these officers are doing well every day, and work with us in building this community,” said Stokes, who starts his new job July 18.

“Our thoughts and prayers are with the families of those affected by the shootings in Louisiana and Minnesota, and the senseless deaths that occurred Thursday evening in Dallas,” Alexander said. “While we don’t yet know the details surrounding all of these tragic events, we do know that the trust between law enforcement and the citizens we serve is paramount.”

“My heart goes out to the victims — both law enforcement and citizens. This is where we should all work together,” Hovis said.

“If we can reflect that and make it an everyday striving towards reaching out and showing that we are in this together, I think we will overcome this,” she said.

With all the terrorism that has happened in America, Hovis said, this is the time to come together as people.

“This has nothing to do with color or gender,” she said.

Salisbury’s interim police chief, Brian Stallings, said he was deeply saddened at the loss of life. “My heart goes out to the families involved,” he said.

When asked what citizens should do if they get stopped by police while they have a weapon in their vehicle — as was the case with Castile in Minnesota —Stallings offered the following guidelines:

“The Rowan County Sheriff’s Office is certainly saddened by all of these tragic events, and our sympathy goes out to families of all persons who have suffered the loss of a loved one,” he said.

All officers across the United States are on a heightened state of alert and will be cautious in any situation, Sifford said.

He also provided some tips for motorists if they are stopped by a law enforcement officer:

Sifford said the officer can confirm a person’s permit status by running the permit holder’s driver’s license number. After a confirmation is made as to the status of the concealed permit, the citizen should calmly talk with the officer and follow the officer’s instructions. The officer may want to see the person’s driver’s license or some kind of picture ID to confirm identity.