“We’re like family”: Organization has provided doctors with business… 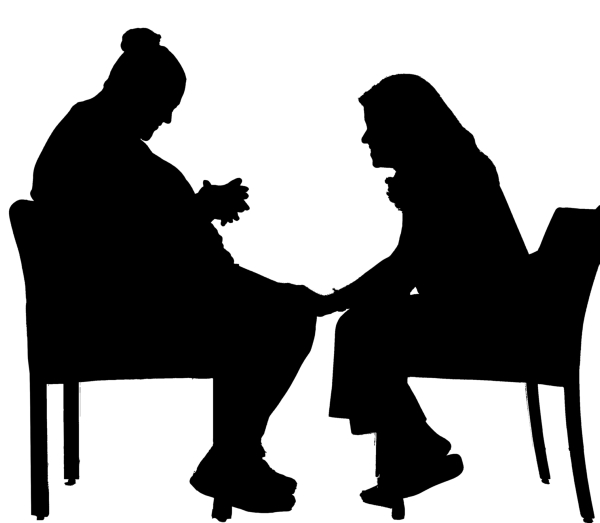 Note: The name of the subject of this story has been changed to protect her identity. October is Domestic Violence Awareness Month.

ROWAN COUNTY — When Dianne set foot in Rowan County with her children in tow, it was the first time she could breathe since January. She recently relocated to the area after leaving all of her possessions behind.

It didn’t matter to her that her cell phone was left at home, most of her clothes and even her car. She left it all behind because she was running for her life. Since January, Dianne had been in an abusive relationship. Her boyfriend, who had ties to drug activity, regularly physically, verbally, emotionally and financially abused her.

The pregnant mother was emotionally broken when she arrived and only recently has begun to heal.

Dianne came home late one night after spending time with her family. She felt as if her boyfriend was merely concerned when he told her she should’ve called to check-in to say she’d be late.

She didn’t think anything of it. An hour after getting home, her boyfriend said, “this is how things are going to go.”

“I thought maybe he didn’t have a good day or that he was frustrated,” she said.

“I tried to let it go, but that should’ve been my first red flag,” Dianne said.

In the beginning the abuse was verbal then it became financial.

She had a part-time job, but he told her to quit. When he explained that it was only part time and if she needed anything he’d see to it that she got it. She seemed almost relieved.

“I thought it was nice,” she said.

What she thought was a sense of concern was actually a way to control her.

He wanted her to only rely on him for her needs. He regularly berated her until she had enough.

She told him she was leaving. He replied with a punch to the face, breaking one of her front teeth.

Dianne had given up her job, sent her children to live with their father, mostly for their own protection. She was also cut off from her family and friends. She began to drink, despite being pregnant.

She worried about her baby when her boyfriend would get physically violent. He would tell Dianne he didn’t care because it wasn’t his baby.

“I was depressed. I felt like my life was nothing,” Dianne said.

She could only wear makeup and jewelry if she was with him. Dianne stopped talking to her brother, who she was close to and stopped going to church.

Dianne wanted to tell someone — her friends, family, law enforcement, but she knew it would not end well. She feared her boyfriend would kill to keep her.

As a form of control, her car which she freely drove before, became his car. He hardly ever let her drive. She would discover later that he placed a tracking device on her car. If she drove it, he always checked the mileage. He questioned her if she drove what he believed to be “too many miles.”

On a rare occasion that her boyfriend let her drive the car, Dianne knew it was her time to escape. She grabbed her things and drove to a relative’s house. Unbeknownst to Dianne, her boyfriend paid someone to follow her.

When Dianne got to the house, the friend blocked her car in and soon after her boyfriend arrived. He crashed into her car, making it unfit to drive. The friend her boyfriend paid to follow her, was once someone she called a friend.

Even her boyfriend’s sister would tell when Dianne reached out to her for help. She at first didn’t realize his sister was feeding him information until she put it to the test.

Dianne intentionally told her boyfriend’s sister something and word-for-word her boyfriend repeated them back to her. She didn’t know who to trust.

At that point, Dianne felt her only option was to return home.

Dianne wasn’t in love with her boyfriend, she said, “I was just surviving.”

She constantly thought of her children and knew they needed her just as much as she needed them.

The thought of continued separation from her children was the final straw. Dianne had to leave.

When her boyfriend had a family emergency and suddenly left the house, so did she.

“This was the right time,” she said.

She had no escape plan, but knew she only had minutes to leave. Dianne contacted one of the few friends she had to pick her up. She crammed a few clothes in a bag and walked out.

Dianne got her children and the next thing she knew they were on the interstate.

She arrived at the battered women’s shelter just before midnight. Dianne, now just under nine months pregnant, and traveling with her other children, was welcomed with open arms.

“It was the first time that I felt safe,” she said, her shoulders relaxing.

She admits she was a mess when she arrived. She was desperate to find a place of safety after being told there was no room for her and her children in other shelters. They were full, no doubt a testament to the number of women they serve.

In 2014, the most available statistics show, 860 domestic violence victims sought refuge in emergency shelters or transitional housing provided by a local domestic violence program in North Carolina. Of those 860 victims, 432 were children.

“I felt like it was the first time I could breathe,” she said.

Dianne and her children were settled in at the shelter and in the coming weeks she would sleep better than she had all year.

It wasn’t easy at first, she said, because of her past substance abuse, she was detoxing all the while trying to build a new life. She’s receiving individual counseling through the Family Crisis Council where she’s learning to overcome depression.

When counselors tell Dianne being abused was not her fault, she sometimes finds it difficult to accept.

“I wonder, did I do something that would make him do this?”

Family Crisis Council Executive Director Renee Bradshaw said often women feel as if the abuse was their fault. She said she and the other volunteers, counselors and staff reassure the women the fault lies with the abuser.

“We try to encourage them to make changes in their life and to know it’s not your fault that someone else does something to you,” Bradshaw said.

Women and children are encouraged to participate in group and individual counseling to journal and when they are ready, share their story of survival with others.

Dianne keeps in contact with her immediate family, but she has no plans to return. Her life is here now.

She heard that her ex-boyfriend was looking for her. Dianne has no connections to this area so she feels pretty confident he would never think to search for her here.

She’s found a job and her children are settled into school. She’s working toward getting a place to live.

Her advice to other women — be strong because “you are worth getting out.”

“Your life means more than what you are going through right now,” she said through tears.

If you or someone you know is in an abusive relationship, contact the Family Crisis Council via a 24-hour hotline at 704-636-4718.