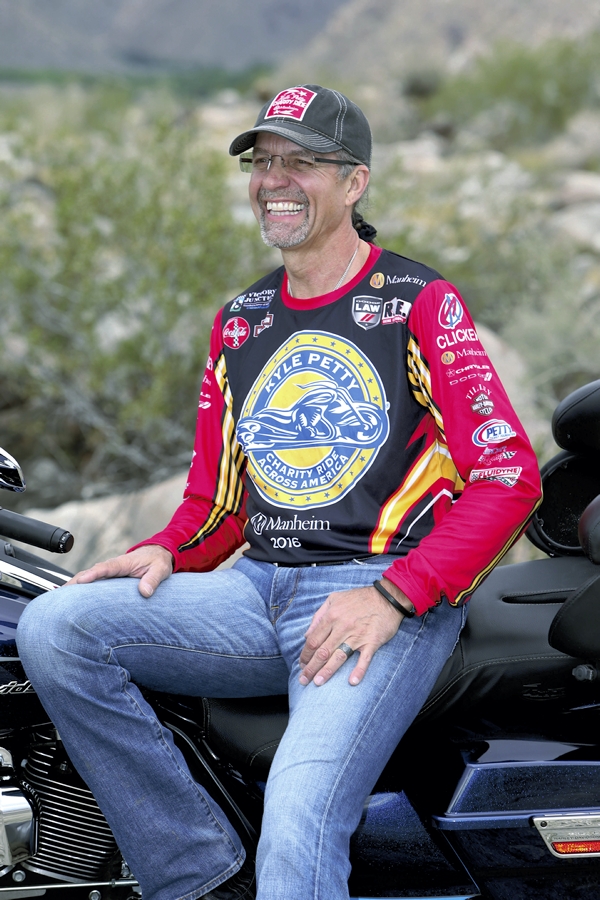 David Hagy and the Salisbury Symphony Orchestra plan to salute heroes — past and present — in their upcoming Family Concert on Feb. 4. The concert will be at Keppel Auditorium at Catawba College and begin at 4 p.m. Special “family” pricing is offered for this special event.

Musicians young and old — and a surprise one! —will share the stage with the orchestra: the 150-voice Rowan County Fifth Grade Honors Chorus will sing “Thank you, Soldiers” and a medley from “Man of La Mancha;” the Rowan Youth Orchestra and members of the Rowan All-County Band will perform, and race car driver Kyle Petty will perform three of his original compositions, scored for orchestra by John Stafford.

Kyle Petty is a race car driver turned racing analyst who has always carried a passion for music. A traveling preacher at the race track gave Petty his very first guitar at age 12. Petty began writing his own music in high school and found creative influences in such country artists as Johnny Cash and Merle Haggard and singer-songwriters Carole King, James Taylor, Harry Chapin and Jim Croce. Throughout the ’80s, Kyle was an opening act for various bands and now enjoys open-mic night at the Evening Muse in Charlotte.

When not on stage, he can be found on NBC Sports network’s daily NASCAR America show, and beginning in July, on pre- and post-race NASCAR Spring Cup shows on NBC and NBCSN. Petty lives in Charlotte with his wife, Morgan. This will be his first performance with a symphony orchestra!

Concert sponsors are Bill and Nancy Stanback, and Kyle Petty is sponsored by Lion’s Share Federal Credit Union. They are also sponsoring a reception and autograph session with Kyle Petty in the Crystal Lounge following the concert. Because of Mr. Petty’s support of Victory Junction Camp, donations will be accepted at the reception. The Civitan Club of Salisbury, also a long-time supporter of Victory Junction Camp, will serve as ushers for the concert.

Tickets are available at ticket outlets: Visitors Center and Sidewalk Deli in Salisbury, Pinocchio’s in Spencer, Crescent Pharmacy in Rockwell, and Corriher Springs Florist in China Grove. You may also get information and tickets by visiting salisburysymphony.org or calling 704-637-4314.