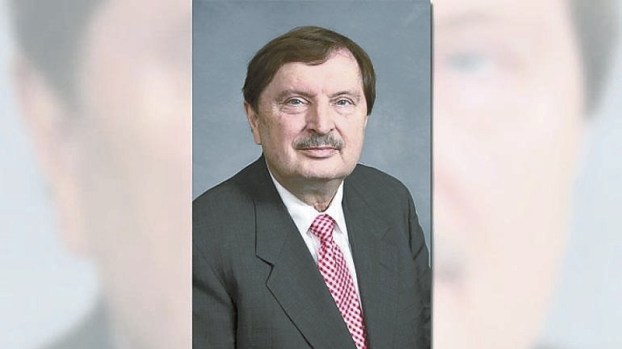 Court documents show the Republican pleaded guilty to three counts before U.S. District Judge Thomas Schroeder. Two of the counts say Hartsell filed 2010 tax returns that failed to note nearly $84,000 in income and included almost $19,000 in false deductions. The other count accused him of committing mail fraud by soliciting campaign donations that he used for other purposes.

Under the plea agreement, more than 20 other counts issued against him in November will be dismissed at a sentencing hearing scheduled for May 16.

The agreement notes that maximum prison time for the mail fraud count is 20 years, and three years for each tax count. The fines for each count can be up to $250,000. Other monetary payments and forfeitures of money also are possible, according to the agreement, signed by Hartsell, his lawyer and acting U.S. Attorney Sandra Hairston.

Hartsell, 70, joined the Senate in 1991 and served for 13 terms, making him the longest-serving senator until he decided not to seek re-election last fall. Well-liked by his colleagues on both sides of the aisle, Hartsell had leadership roles on a Senate Judiciary Committee and the tax-writing committee.

Hartsell “made a lasting mark on North Carolina and earned the respect of his peers from both parties during more than 25 years of public service, and I am saddened by today’s news,” state Senate leader Phil Berger, R-Rockingham, said in a news release.

A document filed by federal prosecutors Thursday designed to lay out the basis for a guilty plea said Hartsell used about $210,000 from his campaign committee between 2007 and 2015 “to pay for personal goods and services for his own enrichment.”

A 2006 state law limited the use of campaign funds to expenses related to running for or holding public office and to charity.

Hartsell, himself a lawyer, attended State Board of Elections training sessions and confirmed each year that he had received campaign-finance materials spelling out spending restrictions, the U.S. attorney’s document says.

The State Board of Elections began investigating Hartsell’s campaign expenses in early 2013.

Prosecutors say he used campaign committee money to pay for haircuts, a car club membership, personal vacations and a family birthday party, but he claimed the expenses as being related to his campaign or to his office.

Court documents show Hartsell originally told a board investigator that expenditures for a trip to Charleston, South Carolina, with his wife’s handbell choir were proper because constituents were present, while attending a performance of “Jersey Boys” constituted “therapy” for him.

When converting campaign funds to personal use, Hartsell failed to report the money as income on his federal tax returns, the prosecutors wrote.

Wake County District Attorney Lorrin Freeman said late Friday that she hopes “to resolve those without a trial in the next few weeks.”