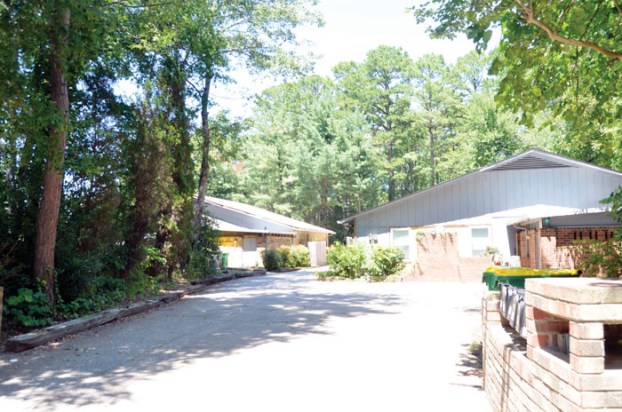 Salisbury police found the body of Shawn Alexander Spry, 21, outside this residence at 210 S. Link Ave. on Monday. He was dead of a gunshot wound.

SALISBURY — The Salisbury Police Department is investigating the Monday shooting death of a Salisbury man whose body was found outside a South Link Avenue apartment.

Police responded to 210 S. Link Ave. at 10:40 a.m. after a report that a man was unconscious in the yard. The apartment is off West Innes Street, not far from Domino’s pizza.

When officers arrived, they found Shawn Alexander Spry, 21, of Salisbury, dead from an apparent gunshot wound.

Spry did not live on Link Avenue, officials said.

Spry was on the basketball team at South Rowan High School, playing his senior season in 2013.

Police Capt. Shelia Lingle said the Link Avenue homicide is not connected to the double murder that occurred just two days ago in the 100 block of West Fisher Street.

In that shooting, two friends — Anthony Gill and Da’Quan Robertson — were killed and two other people were injured.

No arrests have been made.

Deputy Chief Shon Barnes said there was a witness and officers are hoping to speak with that person as well as anyone else who may have seen or heard anything. He said there were people who heard a disturbance.

Salisbury police detectives are investigating Spry’s death as a homicide. Detectives from the Rowan County Sheriff’s Office assisted in processing the scene.

This is the sixth murder of the year in Salisbury.

Anyone with information in the case is asked to call the Salisbury Police Department at 704-638-5333 or CrimeStoppers at 866-639-5345. Tips may be submitted online at http://tips.salisburyrowancrimestoppers.org/.