Todd Paris: ‘I was inconsolable’ over plea deal preceding 1992 murders Editor’s note: The is the first in a series of articles taking a closer look at Salisbury City Council candidates.

SALISBURY — If a time machine is ever built, Todd Paris knows what he’d do with it.

“I’d hijack it at gunpoint and take it back and try to stop that (Chambers) plea,” Paris said.

Paris was an assistant district attorney on Oct. 29, 1992, when Frank Junior Chambers accepted a plea deal that Paris offered in a felony breaking or entering case.

Later that day — after Chambers was given a probationary sentence — Chambers, along with two other men, brutally murdered B.P. and Ruby Tutterow in their Salisbury home.

Now a candidate for Salisbury City Council, Paris has talked about the need for the council to bring the crime rate down, and he has referred to his background as a defense attorney as a strength.

Going back 25 years to his time as an assistant prosecutor, Paris said there were many extenuating circumstances that led to the plea deal that allowed Chambers to get a probationary sentence. But Paris said that regardless, thinking back on the case is still hard for him.

“Chambers, I felt bad about. I was inconsolable,” Paris said.

Paris said that in 1992, the Rowan County jail was overcrowded and “crime had exploded through the roof.”

He said Chambers had been in the jail for six months for breaking into a man’s house and stealing a television. When he had met Chambers previously in court, Chambers “was no big threat,” Paris said.

“I had no idea from prosecuting him before that he was the sort of guy to go out and do this sort of stuff,” Paris said.

On top of that, Paris said, the police officer involved in the case had been let go from the Salisbury Police Department and the victim of the break-in was in the hospital — for reasons unrelated to Chambers — and could not be brought to court to testify.

Because of that, Paris said he had nothing to bring to trial and no way to get any sort of charge against Chambers. Paris said the defense attorney in the case, Richard Locklear, was therefore unwilling to consider a plea deal, instead wanting to take the case to trial.

“I’m working courtroom. … I call the case, put it up there. Rick has signed the plea; he’s going to plead guilty to the felony on the case I can’t make,” Paris said.
Paris said he is still not sure why Chambers decided to accept his plea bargain. But Paris said he thought he was “a genius hero god assistant district attorney” for getting him to accept a plea deal when he had no evidence to bring against him in court.

“So I cranked it up, ran the guy, opened the file, go through there and suddenly realize that the (criminal) record check never came over from SPD,” Paris said.

Paris said that back then, cases could move forward without having a criminal records check on the defendant. He said prosecutors had “done it before.”

By the time he realized that he didn’t have the criminal records check on the defendant, Paris said, Chambers had already accepted the plea deal.

Paris said he still could have stood up in court and said that there was no records check, but because he did not see Chambers as a threat at the time, it did not seem like a priority.

“The reality of the matter is, with the jail overcrowding and everything, we were running Superior Court as fast as you’d run District Court,” Paris said.

He said the same thing couldn’t happen now because D.A. offices can now run their own records checks and have results within five minutes.

At the time, the Sheriff’s Department had to run them. And the department had not gotten back to him with the records check in time, he said.

“It was a very bad thing for me. Because the whole thing about it was, you go back and look at causation,” Paris said. “The reality of it is, we can only try about 40 cases a year with the time we have that are trials. The rest of them had to be plea-bargained. If you keep holding every assistant D.A. responsible for every plea they do, (if) you hold every judge responsible for every crime that someone commits, none of us can do our jobs.”

Less than a week after Paris failed to present the record in court, he resigned from his position in the District Attorney’s Office.

At the time, then-District Attorney Bill Kenerly distributed a memo instructing his staff that criminal records should be presented in such cases.

“Failure to bring the criminal record to the court’s attention has been brought to that assistant district attorney’s attention,” Kenerly told the Salisbury Post in 1992. “What I believe to be appropriate action to ensure that doesn’t happen again has been taken.”

In the years after his resignation, Paris worked for the Donald L. Weinhold firm and, later, the Wallace and Whitley Law Firm, which became Wallace and Graham.

Currently, Paris owns his own law firm in downtown Salisbury.

Paris is one of 13 people running for a seat on the Salisbury City Council. 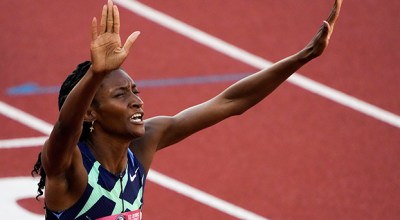 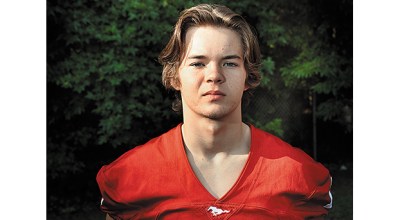