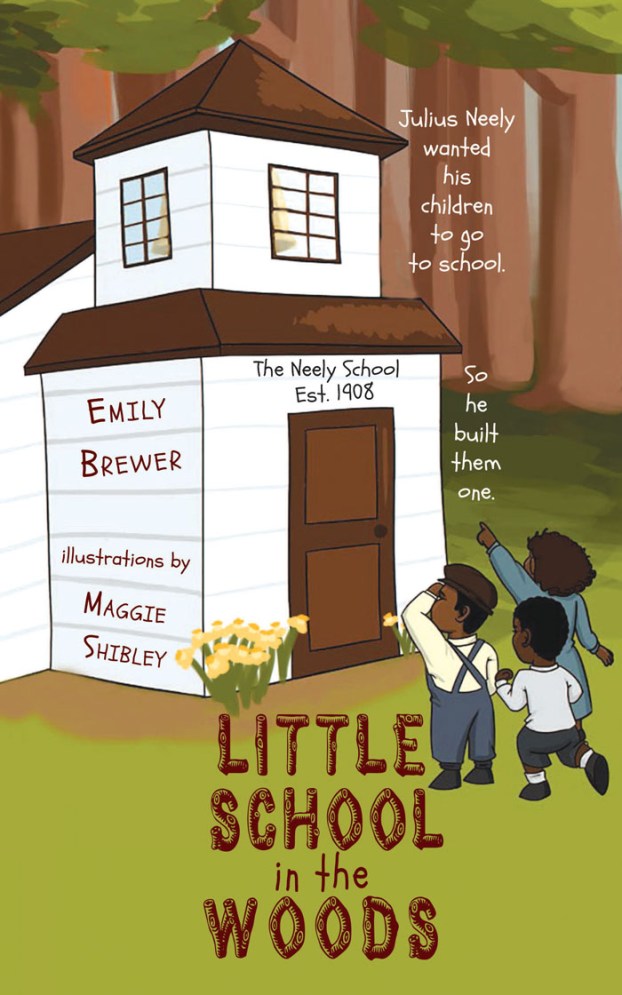 With OctoberTour next weekend and Neely School on the tour, a new book, “Little School in the Woods,” by Emily Brewer, tells the story of the school and will be released to coincide with the tour.

Julius Neely was a son of former slaves who decided to build a school for his children in China Grove, on his own property.

The book follows the Neely family across four generations and is a collaboration between Brewer’s Legacy Storybooks and Neely School Foundation Inc.

It begins with the story of Caroline, a slave who stabs her overseer and escapes, hiding for months in the woods and a barn. She is saved by Jonas, a freed slave, who hides her from slave hunters and eventually marries her.

They have eight children and take the name Neely from Caroline’s first owner, who was kind to her.

Caroline and Jonas are good farmers and are able to buy more land in Rowan County, establishing a community called Neelytown.

Of the eight children, Julius Erastus shows promise as a preacher, but he spends most of his life farming.

Julius is inspired by a visiting preacher, the Rev. James Aggrey, from Ghana. Aggrey studied at Livingstone College. He preached at Miller’s Chapel AME Zion Church, espousing education for everyone, saying it is a way out of lives as sharecroppers.

He especially wanted women to be educated. “If you educate a woman, you educate the whole nation,” he said.

Julius pursued his dream of a school for the children, and as he talked about it, even the Rowan County Superintendent of Schools could see the value.

If Julius would build it, the county would send a teacher. Men like Charles Cannon offered him buildings, but they were not right for a school, so Julius cut down some oaks on his land and made a clearing in the woods to keep the school hidden from those who were against it.

He built a one-room schoolhouse and his daughter May was in the first class.

The story jumps to 1945 and Julius is a preacher at Miller’s Chapel and a farmer. He and Katie are grandparents and May has a degree from Livingstone and is teaching at the school.

Mary Neely, a granddaughter of Julius Neely, is one of May’s students, and she wants to be a teacher when she grows up.

Fast forward to 2010, and Mary is now in her 70s, walking through the woods she knew as a child and looking for the now ramshackle school, long out of use.

She reminisces about the past and the children she knew. While remembering the good days, Mary wonders if the school can be saved for history.

The epilogue finishes this part of the story, as the school is moved to a new plot of land. Mary met with all 50 of her living Neely cousins and convinced them to donate their shares of the property to the Neely School Foundation Inc.

The school was moved on the 142nd birthday of Julius Neely.

Mary Neely Grissom remembered the pot-bellied stove, oil lamps and desks. She had followed the example of her grandfather, who helped create a black middle class in China Grove.

People can now visit the school and walk the paths around it.

Grissom, in a note to readers, said what they did was hard, collecting firewood for the stove, walking long distances to the school, but they were so proud of their grandparents, who started the school, years before the first schools for black students were built.

When Grissom came up with the idea for the book, she talked to Lynn Parker, who introduced her to Emily Brewer, who helps people write storybooks based on family stories.

And there’s more information about how Lynn and Mary became friends, as Lynn discovered diversity and the need to understand what others faced.

At the end of the book is the history of the school and of the education of black people in the state.