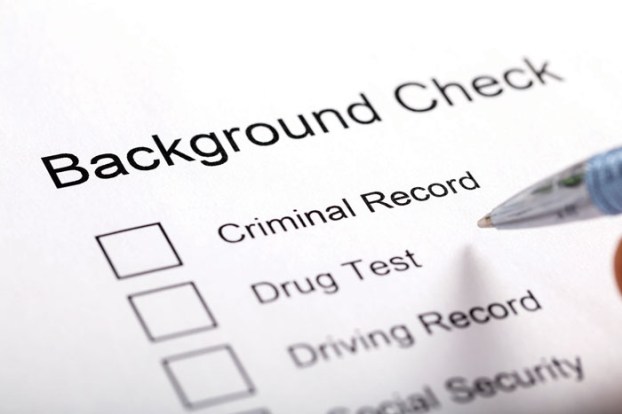 Looking for a second chance: ‘I was ready’

A former offender tells how he got a job

Editor’s note: This is the second story in a two-part series about the challenges of finding employment after serving a prison sentence.

SALISBURY — Eight years ago, Vardell (not his real name) walked out of prison and started looking for a job. He had no idea it would take him two years to find one.

On the job six years now with the same employer, Vardell’s life has changed. And he’s a grateful man.

More than 16,000 inmates were released from state or federal prisons in North Carolina in 2016, the most recent year cited by the Justice Department’s Bureau of Justice Statistics. That’s the highest number in 20 years and almost double the number 15 years ago.

“I asked not to use my real name for our interview,” he said. “I’m not proud of my experience. It’s not everyone’s business.”

Vardell did well in high school. He attended college for two years, but said, “I wasn’t mature enough for college at the time.”

Things went downhill after that.

He recalls going to court on several occasions. A judge advised him to get out of the business of crime, telling him, “You’re not good at what you’re doing. If I see you again, you’re going to get the maximum sentence.”

The year after leaving prison may have been the toughest one of his life.

“I had a bad car wreck and had to learn to walk again. In the process of regaining my strength, I lost my mother. She had a stroke. She was only 48.”

Meanwhile, Vardell was trying to get a job. He owed child support and kept being called to court to pay. Without a job, he couldn’t meet his obligations.

“It’s very hard,” he says. “If you have a felony on your record, it’s very hard to get someone to give you a second chance. I’m a good guy. I was just ready to get my life together, and I couldn’t get a job. I had to go to court twice a month for child support.

“I got it all straightened out, though, and I haven’t been back to court since.”

Message from the mayor

Shortly after losing his mom, Vardell received a letter in the mail – the letter that would change his life.

“I got a letter saying I had to attend a mandatory meeting. There was a moment in that meeting – I remember it like it was yesterday. I knew a lot of the guys in there. It was a low point in my life. I looked around and asked myself, ‘Why am I here with these guys?’ They had all done some very serious stuff.

“The mayor – Mayor Susan Kluttz at the time – asked us where are we headed in this life and told us this was an opportunity we needed to grab ahold of. So I did.”

“There were four or five positions available for this organization. We could all apply, but there was no guarantee. These were temporary jobs but might become something permanent if we proved ourselves.

“I called several times to ask about it. Finally the manager called me, then the HR manager. I worked a year under part-time status, and then my manager encouraged me to apply for a full-time job. I saw my current job posted and applied. I had no skills, but I learned on the job and picked up pretty fast. I do several types of work in my job, and I like them all.”

‘Wouldn’t let me down’

“One thing that stands out to me about (Vardell) is at the end of the interview, he got very serious, looked me in the eyes and said he wouldn’t let me down. It was the most sincere thing anyone has ever told me during an interview. I knew he meant it. He’s been outstanding from Day 1, and we’re lucky to have him.”

Vardell has deep respect for the manager. When he asked Vardell to speak to students at an elementary school about his job, Vardell had no idea which school they’d visit.

“Turned out it was my daughter’s class. We talked about our jobs and what we do. It was a good time, and I ate lunch with her. I guess it made her proud of me.”

Vardell’s face glows as he speaks of his children. He has two sons and a daughter, all living with their mother.

“They give me a purpose in life. I’m not living just for me.”

Vardell takes seriously his opportunity to do for others. He was recognized at work for stopping to help a motorist change a tire. He drove the van for a youth football team.

“I did it for free. It made me feel good. I messed up early, but now it feels good to give back.”

Vardell’s performance reviews at work are quite good. He’s proud that he gets along with everyone.

“I got a promotion last year. They’re trying to get me to be a supervisor, but I’m not quite ready. I’d hate to be in that position and not like it; you can’t go back (to your prior job). And I like what I do.

“One day I’d like to go back to school. When I’m older, I may sit behind a desk but I’ll need business classes to be ready for that.”

He thinks about people – potential employers – who have never dealt with people who have been in prison.

“Everybody’s human. We make decisions that can change our life. At the end of the day, everybody deserves a second chance. If you mess that up, that’s on you. But you have to be ready to change.

Vardell encourages other former offenders who haven’t yet found work.

“Keep trying. Don’t give up. There are jobs out here. Be patient. When you feel like you’re out of luck, don’t go back to your old lifestyle. Patience and persistence.

“You’re going to get a thousand no’s. But that one yes, that’s going to change your world.”

Some offenders can work while still serving a sentence.

Carolina Color is one local company that hires former offenders and men still in prison. (It’s not where Vardell works.) Most of them are hired through the work release program at Piedmont Correctional Institution, says Mike Linnane, Carolina Color’s production manager.

“They’re our first choice when we need people,” Linnane says. “They’re always on time. They hate to take off work. They always want to work and ask to work on weekends.”

Linnane, a 25-year employee at Carolina Color, is a former offender who started working there himself through the program. He is now the production manager.

“I’m just thrilled to be in a position to offer a hand up to someone who needs a second chance,” Linnane says. “Sometimes it doesn’t work out, but, hey, if I can get eight out of 10 good workers, I’m happy.”