Spirit of Rowan: Many agree: High Rock Lake is… 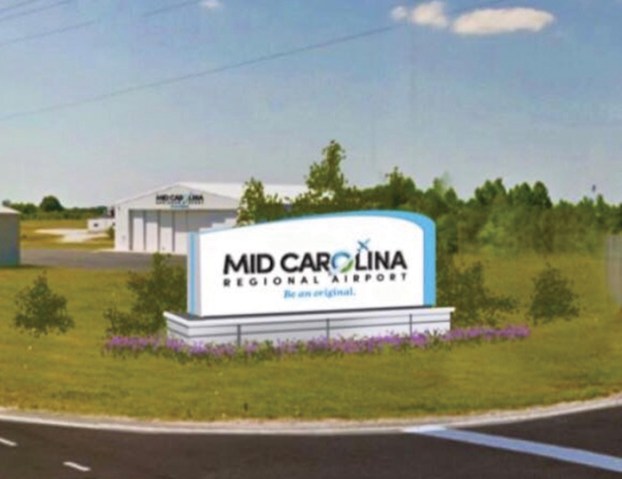 Spirit of Rowan: Airport is county’s ‘gateway for business’

Mid-Carolina Airport by the numbers

• 700: direct and indirect jobs related to the airport

• 100-plus: aircraft kept at the airport

• 14: days the airport will be closed  for runway rehab in April or May

• 737: The biggest plane to ever land at RUQ, a Boeing 737. The landing was part of a training exercise. The aircraft took off right after it landed.

Rowan’s county airport is working to build a regional image.

Rebranded in 2017 as Mid-Carolina Regional Airport, the enterprise is taking on a bigger role in aviation, commerce and economic development.

Mid-Carolina is one of 62 general-aviation airports in North Carolina. Add the state’s 10 commercial airports like Charlotte-Douglas International, and you have an industry that supports 123,420 jobs and has a $31 billion economic impact each year, according to the N.C. Department of Transportation.

The DOT has a Division of Aviation that oversees the network of airports.

According to Watson’s division, Mid-Carolina has an annual impact of just under $98 million and generates $2.9 million in state and local taxes.

The sleepy county airport is history. This is more than a place for small planes to take off and land.

• Food Lion and Shoe Show each keep a corporate jet in hangars at the airport.

• Novant Health Rowan Regional Medical Center rents hangar space for its helicopter for those bad-weather times when it moves from the Salisbury hospital’s roof.

• BOSS Aircraft Refinishers, a business located at the airport, maintains and paints aircraft in three hangars.

• Strategic Moves, a private, on-demand charter company, operates out of an office building and a hangar it leases from the county.

• SouthTecAviation takes up another hangar with its aircraft maintenance business.

In short, the airport is a busy place. And Davis believes it’s on the edge of rapid growth.

“This airport will become a major economic driver in five to 10 years,” he says.

The new name is intended to reflect that bigger role. “Mid-Carolina” also communicates the airport’s location to people not familiar with Rowan County or Salisbury.

A longer runway has been under discussion for several years. An engineering report found extending the runway 500 feet on the north end would cost about $25 million — much more than county officials said they could justify.

The county may look at going in the southern direction instead. Though that would require dealing with some contaminated land, it should be more affordable.

The addition of more hangars also has been up for debate — either one large corporate hangar or several smaller ones.

That prospect is in limbo, but one certainty is work to improve the runway surface this spring.

The runway will get a new crown and groove surface so rainwater runs off to the sides and aircraft can get better traction. Davis says the airport will close for about 14 days in April or May for the project, estimated to cost about $2.3 million.

Workers just finished expanding the airport’s offices and conference room. Davis says businesses that need to fly people in for meetings can hold sessions there. The room is equipped for video conferencing too.

Davis says many don’t realize how frequently people involved with or calling on local businesses travel by air. For example, vendors often fly in to meet with Food Lion. The company’s Cessna Citation jet also flies out frequently for meetings with vendors and visits to stores.

In 2013, Concord Regional Airport added flights from Allegiant, fitting a niche market — travelers attracted to low-cost carriers. As air traffic has grown at Charlotte-Douglas and Concord, more business has been pushed out to Mid-Carolina, Davis says.

Mid-Carolina has the potential and the opportunity to become bigger than Concord Regional Airport, Davis says.