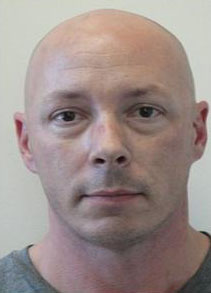 SALISBURY — A registered sex offender was found hanged in a church cemetery, the victim of an apparent suicide, according to the Rowan County Sheriff’s Office.

The discovery of his death came just days after law enforcement officers began looking for him on new offense charges.

Christopher David Casper, 46, was found Wednesday near Organ Lutheran Church, in the 1500 block of Organ Church Road. Authorities say his body was found on the edge of the woods beyond the church cemetery.

Sheriff’s officials say Casper failed to register a change of address within the required three business days. In May, Granite Quarry detectives began investigating Casper, who was accused of a sex offense involving a girl. On Monday, the Granite Quarry Police Department charged Casper with those  crimes.

On Tuesday, Rowan County officials went to Casper’s Balfour Quarry Road home in Granite Quarry to investigate charges that he failed to register a change of address. At the home, officials said, a family member told them Casper had moved May 18. According to the relative, Casper said he was leaving because of the cops, that the house was hers and he’d be going to jail.

Casper has been a registered sex offender since June 2014. Rowan County officials said the last time they checked the Balfour Quarry Road home to verify that Casper still lived there was Feb. 22.

In 2000, Casper was convicted of second-degree rape. In 2010, Casper was charged with failing to notify the Sheriff’s Office of a change of an address.

He was also accused of having a social media page and attending a class next to a day care center, both of which are prohibited for registered sex offenders.