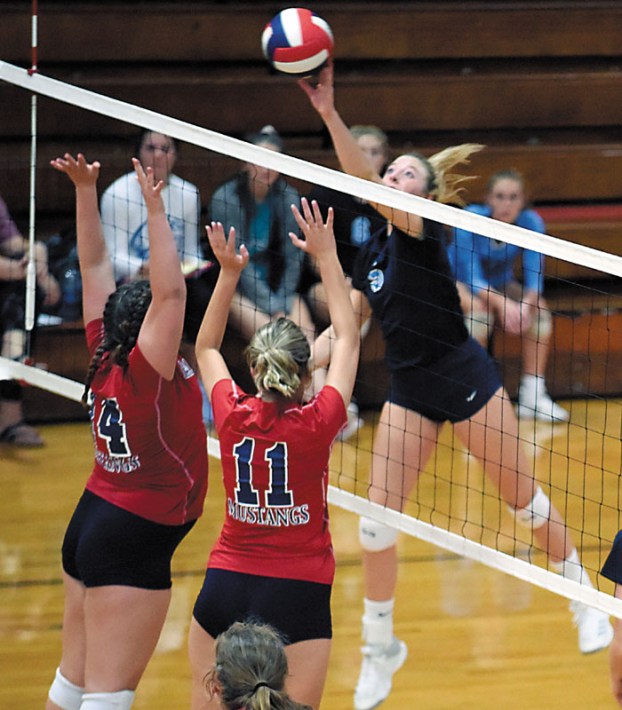 Falcons too much for East Rowan 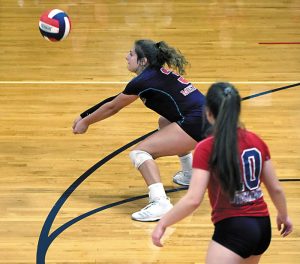 GRANITE QUARRY — After a couple of minutes of volleyball in the East Rowan gym on Thursday, the last-place Mustangs and tied-for-first West Rowan stood 9-all.

Dowling barked for a timeout.

“When you play a team as good as West, you’re looking for the small victories,” East coach Sandy Lytton said. “One of the things our girls talked about was making West call the first timeout today, and they did that. That was a little win for us.”

It was the last win for East. West came out of that timeout and got down to business. The Falcons would go on to sweep the North Piedmont Conference matchup, 25-11, 25-9 and 25-13.

“Conference game, county rival, in that timeout, I just asked the girls what we were doing,” Dowling said. “I know it’s that time of year when you feel a little tired, but we were just swinging without thinking. I told them we couldn’t afford to be sluggish like that. I told them we had to pick it up. I mean, let’s go, let’s go. These are great girls, and I love ’em, but sometimes they need a kick.”

A few minutes after that “kick,”West was up 18-9. Nine straight points. There was quite a bit of Carly Stiller and Ava Link involved in that decisive run, and a whole lot of KK Dowling.

“We were lazy at the start,” West senior Emma Gusler admitted. “We’d beaten East before and and I’m sure we expected to be able to beat them again. During that first timeout, we were told to turn it on, and we did. They only got two more points in that set.”

When the Falcons turn it on, they are an impressive team. It’s an eight-person roster, but all eight can play. West is longer, quicker and springier than East (5-10, 0-6), and there wasn’t anything Lytton could do about it. Her girls weren’t suddenly going to sprout 3 inches or gain 6 inches on their verticals.

“Defensively, we weren’t terrible,” Lytton said. “But our offense wasn’t efficient. We had very few kills today. We’ve got to jump higher, and that’s something we’ve made a point of emphasis for the program.”

Soaring West hitters Tori Hester (11 kills, 9 digs), Gusler (5 kills) and Dowling (12 kills, 3 aces) did whatever they wanted. Stiller (5 kills) ruled the net. Ava Link (21 assists, 5 aces) made most of the sets and served for flurries of points. Libero Hannah Pratt had nine digs, including a nose-to-the-floor one late in the match.

When West jumped to an 11-1 lead in the second set on a series of well-placed Link serves, it had outscored the Mustangs 27-3 over a dominant stretch.

“One thing we did better is that we stopped hitting every serve to (East libero) Baleigh Hill,” Coach Dowling said. “There’s a reason she’s wearing a different color shirt, and playing the position she does, you know she can pass. Points came a little easier when we made other people receive serve.”

The 5-foot-2 Hill, who has committed to Barton, has been East’s best player the last two seasons and was their best player again on Thursday. She was honored prior to the game for surpassing 1,000 career digs. She believes she’s around 1,500 now for her four seasons.

“We did our best today,” Hill said. “But West is just a very powerful team.”

East fought on even terms for another stretch early in the third set, but Kelcie Love and Hester teamed for a tie-breaking block. Suddenly, the Falcons were pulling away again.

“We play together well with a lot of chemistry, and that’s as important as our ability,” Stiller said. “It’s not easy to find a team where everyone likes each other, but we’ve got one. We’ve known each other, played volleyball with each other a long time.”

Junior Paige Butler, sophomore Hannah Larson and senior Olivia Wright managed a handful of kills each for the Mustangs. Wright, who leads East in kills this season had had some big matches. She smacked some bullets, but it was tough to get anything to the floor and between the lines against Hester, Link and Pratt.

“This is a just very tough league that we’re playing in,” Lytton said. “We know that if we were still playing with the Cabarrus schools we’d be a lot more competitive, but all the Iredell schools are strong in volleyball. We just have to look at this in a positive way, that this conference is going to make our program better. Everyone tells me that we are getting better.”

The news that rival Carson had lost at fourth-place North Iredell in straight sets  on Thursday didn’t bring any cheers from the West girls, just the grim realization that they have four more games to play in the state’s best 3A league, and none of them will be easy.