Salisbury man turns himself in on child abuse charges 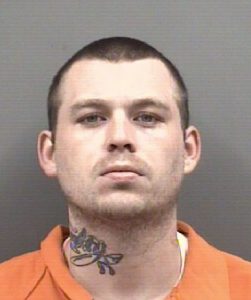 SALISBURY — A Salisbury man wanted on child abuse charges has turned himself in.

In December, the Rowan County Sheriff’s Office’s Special Victims Unit began investigating reports that a 4-year-old boy was brought to the hospital with injuries to his genitals and bruising on his body.

It was determined that non-accidental trauma caused the injuries. The boy was interviewed about it at the Terrie Hess House Child Advocacy Center in Salisbury.

Meeks was identified as a suspect along with the child’s mother, 25-year-old Hannah Eller.

Eller was arrested Saturday and remains in the Rowan County Detention Center under a $75,000 bond.

Meeks has other outstanding orders for his arrest in Rowan and Stanly counties for failing to appear for unrelated court hearings.