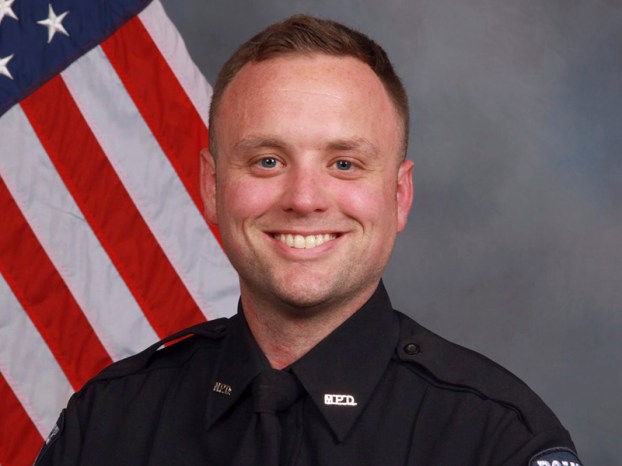 Officer Jordan Harris Sheldon is seen in an undated photo provided by the Mooresville, N.C. Police Department. Sheldon, 32, was shot and killed during a traffic stop around 10 p.m. Saturday, May 4, 2019 police said. The killer was tracked to his nearby apartment and was found dead from a self-inflicted gunshot wound, the department said on its Facebook page. (Mooresville, N.C. Police Department via AP)

MOORESVILLE (AP) — A police officer conducting a weekend traffic stop was fatally shot in Mooresville, authorities said Sunday, adding the suspected gunman was found dead in his nearby apartment from a self-inflicted gunshot wound.

Officer Jordan Harris Sheldon, 32, was shot around 10 p.m. Saturday in the Charlotte suburb of Mooresville and later died of his injuries after being taken to a hospital, police said on their Facebook page. The police statement said the suspect fled from the shooting and was subsequently tracked to the apartment, where he was found dead.

Mooresville Police Chief Damon Williams identified the gunman as 28-year-old Michael Aldana of Mooresville. Aldana had been known by police but not for any violent acts, Williams said at a news conference Sunday. The police chief declined to say what prompted Sheldon to stop Aldana’s vehicle and said he didn’t immediately know of a motive for the shooting.

Sheldon, a six-year department veteran, was one of the department’s K9 officers. He and his dog, Ramon, were on duty when the officer was killed, Williams added.
The chief said Sheldon wasn’t married but was involved in a relationship.

“This isn’t a number for us. This is a real person. And we’re heartbroken. The pain and sorrow that we feel is — can’t express it,” Mayor Miles Atkins said, fighting back tears at the news conference.

Mourners left flowers, balloons and an American flag with Sheldon’s police vehicle, which was parked Sunday outside the police department.

Sheldon was wearing a body camera and it was operating at the time he was killed, Williams said. He said police were reviewing the footage as they conduct their investigation.
Mooresville is a town of about 38,000 people located some 30 miles north of Charlotte.