Man accused of shooting at Waffle House turns himself… 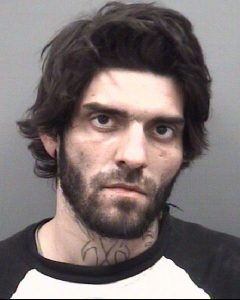 SALISBURY — A China Grove man was convicted by a jury this week on charges of spitting on and kicking a Rowan County deputy during a traffic stop in February.

Marcus Adam Dipietro, 27, was sentenced by Judge Richard Gottlieb to a minimum of 105 months to a maximum of 138 months in prison.

Dipietro was convicted in Rowan County Criminal Superior Court of charges of felony malicious conduct by a prisoner; felony assault with physical injury to a law enforcement officer; and misdemeanor assault on a government official.

After the verdict, Dipietro admitted his status as a habitual felon.

On Feb. 6, a Rowan County Sheriff’s Office deputy stopped a brown Jeep Cherokee at U.S. 29 and Old Beatty Ford Road after seeing a fictitious tag. Dipietro, who was driving the vehicle, initially handed the deputy identification for Hunter Harmon and said his own license had been revoked.

Dipietro consented to a search of the vehicle, and the deputy found a needle near where he had been seated. The deputy also found a wallet with an ID for Marcus Dipietro.

Dipietro was placed in a patrol vehicle and began to scream, curse and kick in the back seat, according to the deputy’s report.

He was charged with assault after he spit on and kicked the deputy in the face, cutting the officer’s eye.

Dipietro has previous convictions for felony breaking and entering, felony larceny, and felony possession of a stolen vehicle.