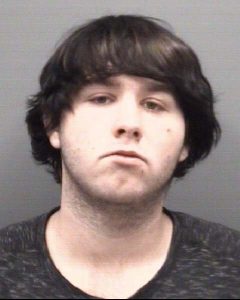 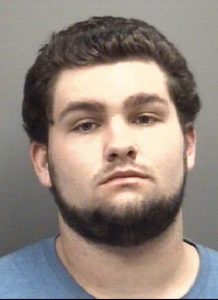 CHINA GROVE — Two Kannapolis teenagers were charged this week with breaking into a China Grove church but taking nothing. Officials said the two were captured on security cameras.

The Rowan County Sheriff’s Office charged Anthony Taylor Fox, 19, and Corey Lee Fox, 16, both of the 1000 block of Cherrybrook Court, with felony breaking and entering a building; felony safecracking; and misdemeanor injury to personal property.

Mount Moriah Lutheran Church, located at 750 Mount Moriah Church Road, reported that someone threw flowers and papers on the floor of the church. Church members discovered the break-in just before the Sunday service. Security footage showed that two men circled the church about 7:15 p.m. Friday in a black Buick Enclave and parked beside the building.

The men entered the building through a window, then found a key to a safe in the secretary’s office. The pair opened the safe and tossed items aside but did not take anything. Authorities said it’s believed the only thing in the safe was paperwork.

A sheriff’s deputy and a church member watched the video and identified one of the teens as Corey Fox. According to church officials, he and a young woman were at the church cemetery on another day and were asked to leave. The vehicle Fox was driving belongs to his grandfather, according to a report.

Authorities say they aren’t sure about the relationship between the two teens.

He was issued a $50,000 secured bond and had been released pending a court date. The bond was doubled for the latest incident.