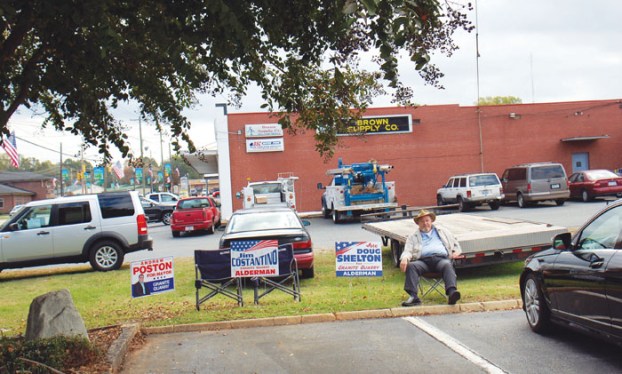 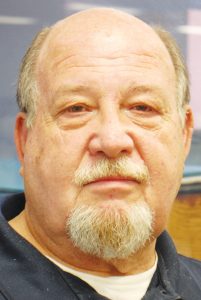 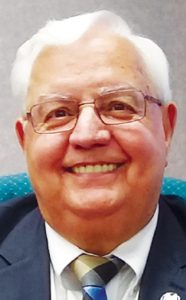 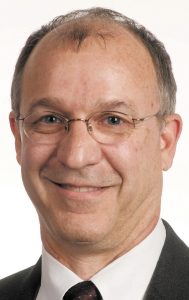 Aldermen serve four-year terms. Shelton and Costantino will join Kim Cress and John Linker, whose seats were not up for election this year.

The results mean incumbent LaFevers, who is the current mayor pro tem, will be going off the board in December. He had served as an alderman from 2001 to 2005, then was elected again in 2011 and 2015.

Granite Quarry went to a separate mayoral race in 2015, and Feather won the office in both 2015 and 2017, running unopposed officially, though there was a write-in campaign against him two years ago.

“You never get used to it,” Feather said of Election Day. “I probably had butterflies. … I really appreciate the people of the town supporting me, and I look forward to serving another two years.”

Feather and Costantino said one of the first orders of business for the new board will be to hire a permanent town manager.

“I think the new board will do a good job on that,” Feather said.

Larry Smith is currently the interim manager and has been for most of the year.

“I feel wonderful,” Shelton said Tuesday night at his home. “I feel really good. I’m looking forward to working with the rest of the board to make Granite Quarry a great place. I really want to thank everyone who voted, particularly everyone who voted for me.”

Shelton said earlier Tuesday one of his first orders of business, if elected, would be to ask other board members, “Why don’t you fix what you have before you put in anything more?”

Costantino said Tuesday night he was “very happy” with the results.

“That makes me feel very proud,” he said. “This is actually my first official victory.”

Four years ago, Costantino ran unopposed for a seat. Many years prior to that, he had been appointed to an unexpired term, but then lost in an election bid for that seat.

“It makes me feel good the citizens thought that much about me to put me back four more years,” Costantino said.

At the Town Hall voting location, the candidates came and went with the voters during the day. At 11 a.m., for example, Shelton was sitting by himself outside Town Hall. Other candidates were at their jobs or had gone home for a break in the long day.

“There’s been a nice, steady flow of ones and twos,” Shelton said of voters. Just after 11 a.m., Granite Quarry had voted just 75 people. Alderman Cress was No. 70.

Shelton himself was the second voter early Tuesday morning.

He talked briefly with Kathy Bryant, who was voting in a Granite Quarry municipal election for the first time. She and her husband, pastor at Shiloh Methodist, had moved here about a year-and-a-half ago.

She said she judged her candidates selections on an election preview in the newspaper. She praised the town’s parks — “we really use them a lot” — and said the maintenance department does a great job in tending to walking trails.

Feather has served on the town board since being elected alderman in 2003. In 2013, his colleagues on the board chose him as mayor at a time when the electorate did not vote on that position, so he has been mayor since then.

Costantino, 69, is a retired agent and owner of an All-State insurance agency.

Before he retired, Shelton forged a career in management accounting and worked as a plant controller.

Poston, 26, is a teacher in Stanly County Schools.