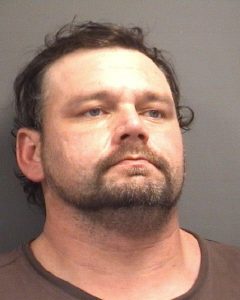 GREENSBORO — A Rowan County man and a resident of Cartersville, Georgia, were sentenced to prison on charges of conspiracy to distribute methamphetamine in Salisbury, according to Matthew G.T. Martin, U.S. attorney for the Middle District of North Carolina.

Daniel Dewayne Wood, 41, of Rockwell, pleaded guilty on April 24 to one count of possession with intent to distribute 50 grams or more of a substance containing methamphetamine. Wood was sentenced Wednesday by U.S. District Judge William L. Osteen Jr. to 100 months in prison, followed by three years of supervised release.

Both Wood and Holcomb were among 60 defendants charged as part of a multistate methamphetamine distribution conspiracy case.

The cases were investigated by the Rowan County Sheriff’s Office and the U.S. Department of Homeland Security and prosecuted by Assistant U.S. Attorney Terry M. Meinecke of the Middle District.