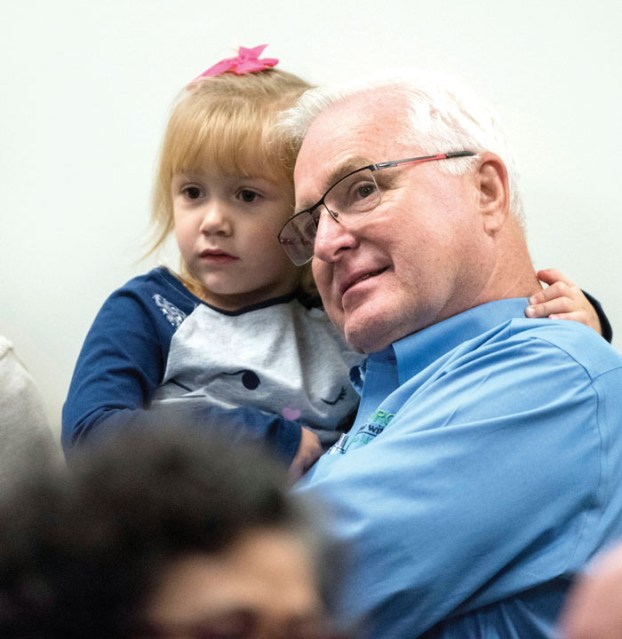 China Grove Mayor-elect Charles Seaford watches the results come in at the board of elections with his 3-year-old granddaughter, Olivia Euart. Jon C. Lakey/Salisbury Post

CHINA GROVE — With two years left on Mayor-Elect Charles Seaford’s term on the China Grove Town Council, the board will need to appoint someone to fill the seat.

“The current board will make that determination,” said Town Manager Ken Deal. “They will get together, hold a discussion and make a decision at the December or January meeting.”

He said the new council member will be sworn in at either the December or January meeting, too, and would “start right then and there.”

Seaford, who was elected to a four-year term in 2015, beat current Mayor Lee Withers Tuesday with 242 votes to Withers’ 203. When Seaford is sworn in at the town council’s December meeting, he will vacate his town council seat.

Seaford has served two and a half terms as a councilman and has been serving since 2009.

Council members are looking at several unnamed people, Deal said. Hopefully, a decision will be made soon, he said.

Deal said any China Grove resident interested in filling the seat should notify the council “as soon as possible.”

He specifically suggested submitting an application to the town or calling any of the current board members in the “next week or two” to be considered.