Cabarrus Shrine Club gearing up for another Breakfast With… 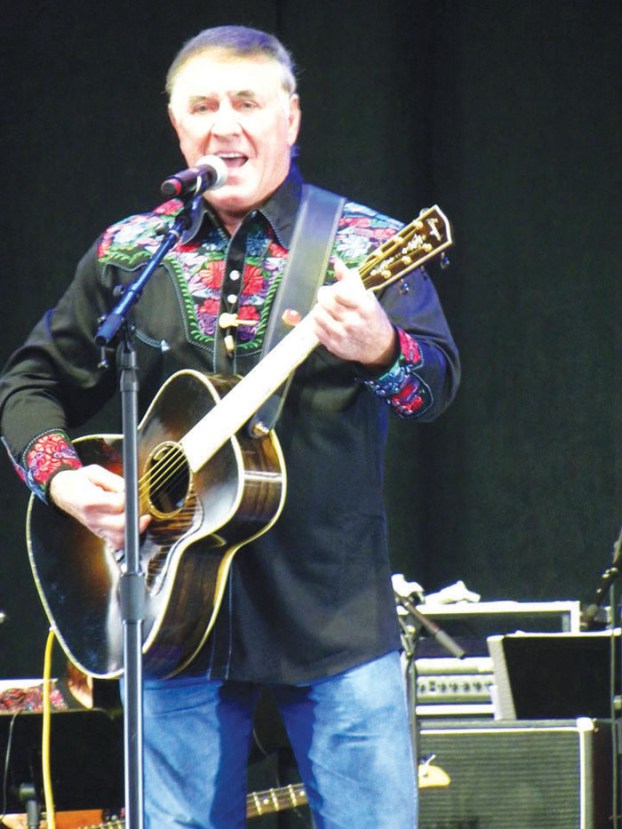 Darrell Connor performs at the N.C. State Fair, where he won the N.C. Folk Festival's Best of Show Vocal Music Award and the Male Vocalist of the Year Award. Submitted photo

Judges named him the festival’s Best of Show Vocal winner and also the 2019 Male Vocalist of the Year.

The Best of Show Vocal award follows up his capturing the prestigious Bascom Lamar Lunsford Trophy last year and is probably equivalent to it. Conner said the Lunsford Trophy was not awarded this year, to his knowledge.

In addition this year, Connor received the second-place award in guitar flat-picking.

Connor said winning the top awards makes him want to share them with everyone who contributes to and supports the local music scene.

“I’m not George Strait or Alan Jackson, but I bring back these awards to Salisbury and Rowan County,” he said Thursday. “I’m a liaison or representative of music from Rowan County for them.”

The Rowan County singer-musician continues to play at senior centers, rest homes, the Hefner VA Medical Center, churches and benefits — either as a solo performer or with his Country Legends Band.

Every summer for about 15 years, Connor has hosted Nashville on the Lake, a free day of country music with him and many of his friends at his farm on High Rock Lake.

Just Thursday, Connor said he was playing at a luncheon meeting at Trinity Methodist Church in Kannapolis, “and two people down there asked how I came out at the fair.”

Connor also won the folk festival’s Male Vocalist of the Year award in 2015, and this year was the second in a row he was runner-up in flat-picking.

“I’m going to practice my rear end off,” Connor said, describing how he wants to win the Best of Show Instrumental award next year. Connor always plays “Wildwood Rose” for his instrumental piece, in honor of his late friend Paul Hill, also a former Lunsford Trophy winner.

Connor, 69, retired as a lieutenant with the Salisbury Police Department in 2001 after 30 years, but he has been part of the music scene in Rowan County for decades.

Connor owns 37 guitars. At the folk festival this year, he played his Bourgeois guitar, made from Brazilian rosewood by Dana Bourgeois in Maine.

“It has a real pretty fret board and mother-of-pearl neck,” Connor said, adding it is No. 9 of only 10 of this particular guitar made.

The N.C. Folk Festival musicians perform in Dorton Arena at the fair.

“I was real proud this year,” Connor said. “Out of all the performers there, they asked me to put on a mini concert” while the judges were tabulating their scores on the cloggers.

Connor did five songs with the house band. “That was a lot of fun,” he said.

This year has been one filled with honors for Connor.

Each year since 1970, the Granite Quarry Civitans Fiddlers Convention has handed out an award to someone who makes a substantial contribution to the promotion and preservation of traditional old-time and bluegrass music.

Connor received this year’s award at the fiddlers convention, less than two weeks before competing at the State Fair’s folk festival.