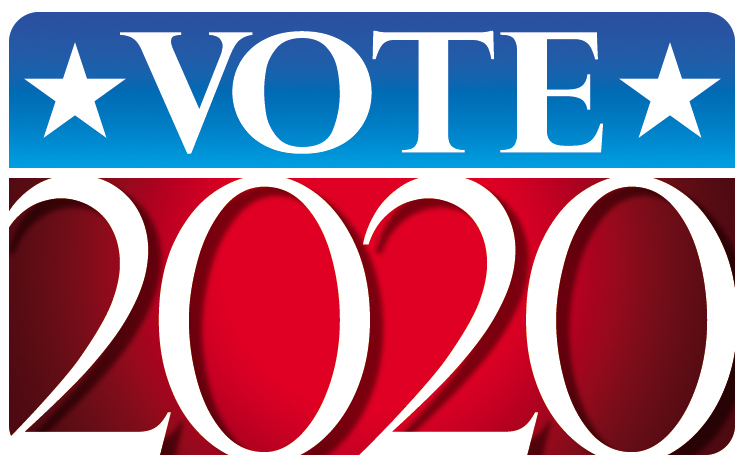 Want to vote absentee by mail? Visit the N.C. Board of Elections website for the most up-to-date information: ncsbe.gov/voting/vote-mail

Election Day: November 3. Polls will be open from 6:30 a.m. to 7:30 p.m. | Find where to go to vote, see your sample ballot and check your registration: click here 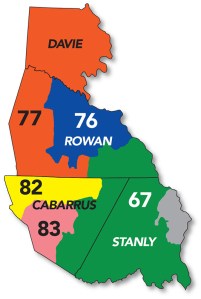 This map shows a rough outline of state legislative districts in Rowan County. The 67th District, represented by Rep. Wayne Sasser, is not a competitive race this year. For more information and to check your specific legislative district, visit ncleg.gov/FindYourLegislators. 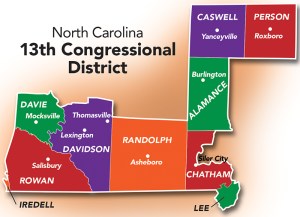 Above is a map of the 13th Congressional District that will be used for the 2020 election. Unlike recent elections, all of Rowan County will be in one congressional district — the 13th — this year.

The following table is best viewed on a laptop, desktop computer or in a horizontal orientation on smartphones.

Click here to view an online replica of our printed voters guide.

The following candidates will appear on local ballots this year but do not face any declared competition:

• Wayne Sasser, a Republican, who is running for re-election to N.C. House District 67. Sasser is currently in his first term in the House and is a pharmacist by trade.  Voters will only have Sasser on their ballot if they live in his district, which is located in the southeastern part of the county. Other voters will either have the 76th or 77th House district on their ballot. All voters in Rowan County will have the 33rd District N.C. Senate race on their ballots.

• Marshall Bickett, a Republican who is seeking another term as District Court Judge for District 19C, which covers Rowan County. Bickett became a judge in 2009 when there were additional judgeships added across the state.

• Craig Pierce and Mike Caskey, Republicans who are both seeking another four-year term on the Rowan County Board of Commissioners. Pierce and Caskey have served on the board together since 2012 and faced competition in the party primaries earlier this year. No Democrats will appear on this year’s ballot.

• Bruce L. Miller, who is running for Soil and Water Conservation District Supervisor. Miller has served for years on the board and is a retired agriculture teacher.

• Susan Cox, an incumbent on the Rowan-Salisbury School Board, will appear on ballots for the southeast area seat, but she has conceded the race and endorsed her opponent, Jennifer Studer, who is a nurse.