Legislators: County’s priority projects ‘out the door’ with Medicaid… 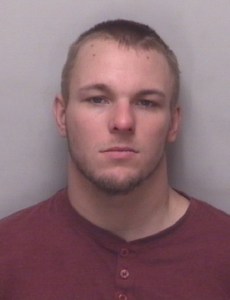 SALISBURY — A Salisbury man was charged with reckless driving and other offenses after two police officers witnessed him driving erratically in the Walmart parking lot. According to a department report, the officers witnessed an incident of road rage.

The incident occurred on Thursday around 7 p.m. when the officers were at Walmart responding to a shoplifting call and saw a driver in a Chevrolet Camaro driving fast through the parking lot.

The report said the driver was “charging” after a truck and police stopped him. The officers saw cigar papers on the dash and searched the vehicle. They found one hydrocodone pill, said Police spokesman Lt. Lee Walker.

He was issued a $2,000 secured bond and remains in the Rowan County Detention Center.

In other Salisbury Police Department reports

• A man reported on Tuesday someone broke into his property in the 600 block of Statesville Boulevard.

• A man reported on Wednesday his vehicle had been broken into while parked in the Harris Teeter parking lot, 850 W. Jake Alexander Blvd.

• A woman reported on Wednesday someone stole items from her vehicle while parked in the 1200 block of North Jackson Street.

• A woman reported on Wednesday she was the victim of an assault while in the 400 block of Clancy Street.

• A man reported on Sunday someone stole his firearm from a vehicle parked in the 400 block of Spring Oak Road.

• A man reported on Monday his power tools were stolen from a building on his property in the 200 block of Garmon Road, China Grove.

• A man reported on Monday he was the victim of an assault while in the 1300 block of Corriher Gravel Road, China Grove.