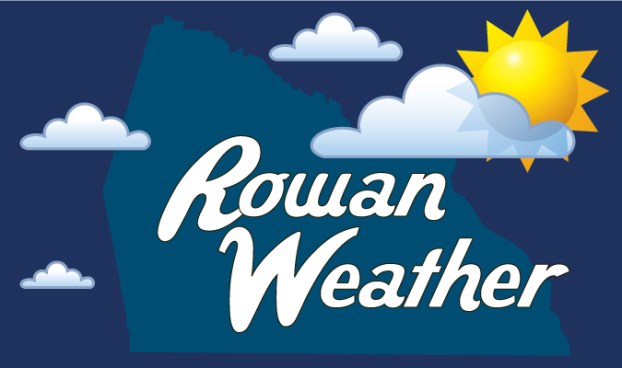 It’s going to be warmer this week than last, but we’ll have the usual days with showers and a few thunderstorms.

Tonight will have a 40 percent chance of showers before 1 a.m., then rain between 1 and 2, then a return to showers. Patchy fog is possible after 2 p.m. It will be cloudy and 46, with south southwest wind at 3-7 mph. Less than a tenth of an inch of rain is expected.

Tuesday will have a 70 percent chance of showers, with a thunderstorm possible in the afternoon and evening. It will be mostly cloudy and 67, with southwest wind at 5-10 mph, gusting to 21 mph. A tenth to quarter inch of rain is possible, with higher amounts in thunderstorms.

Tuesday night will be mostly cloudy and 45, with a 30 percent chance of showers, mainly before 11 p.m. Winds will be southwest around 6 mph, then calm. A tenth to quarter inch of rain is possible.

Wednesday will be partly sunny and 63, with a 30 percent chance of showers after 9 a.m. Winds will be light, from the west. The chance of rain goes up to 60 percent Wednesday night, with showers mainly after 4 a.m. It will be mostly cloudy and 44.

Finally, Friday will be sunny and 58. It will be a clear night, with a low right at freezing, 32.

Saturday will be sunny and 54. The low will be 31, with more clear skies.