Salisbury-Rowan Crime Stoppers continues what it started decades ago 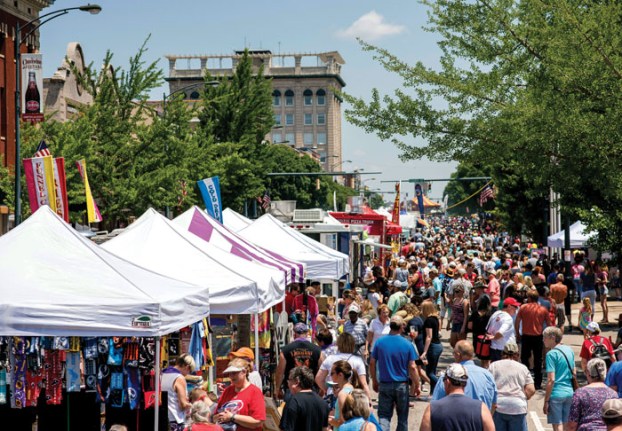 Cheerwine Festival still on schedule for May

SALISBURY— The Cheerwine Festival, scheduled for May 16, is still on despite the current COVID-19 outbreak.

As more events are canceled and Gov. Roy Cooper extended school closure date to May 15 on Tuesday, Cheerwine organizers say they are continuing to plan for the event that brought an estimated 60,000 visitors to downtown Salisbury last year.

Hank Hank Sforzini, a Cheerwine spokesman, declined an interview request about going forward with the festival and updates, but provided an official statement.

“The safety and health of Cheerwine Festival attendees, staff, vendors and volunteers is our number one priority. We’re continuing to closely monitor developments and follow recommendations from the CDC, federal, state and local agencies,” he said. “At this time, we are still planning to move forward with Cheerwine Festival on May 16, 2020, but will notify you immediately if plans change.”

City of Salisbury Communications Director Linda McElroy said nothing has changed yet about the Cheerwine Festival in an email. And she also shared the same official statement.

Judges selected the top five entries based on visual appeal, uniqueness and creative incorporation of Cheerwine. The winner will be announced around April 6, and will receive hotel accommodations, a Cheerwine Festival gift basket and downtown dollars.

The festival, which is in its fourth year, has resulted in a boost to the city’s economy since Cheerwine started it to celebrate its 100th anniversary. The estimated economic impact of the festival the community was $1.5 million in 2019.

Now, the festival is set for May 16 at noon to 10 p.m. in downtown Salisbury.