Ask Us: What happened at Steppin’ Out Dance Company… 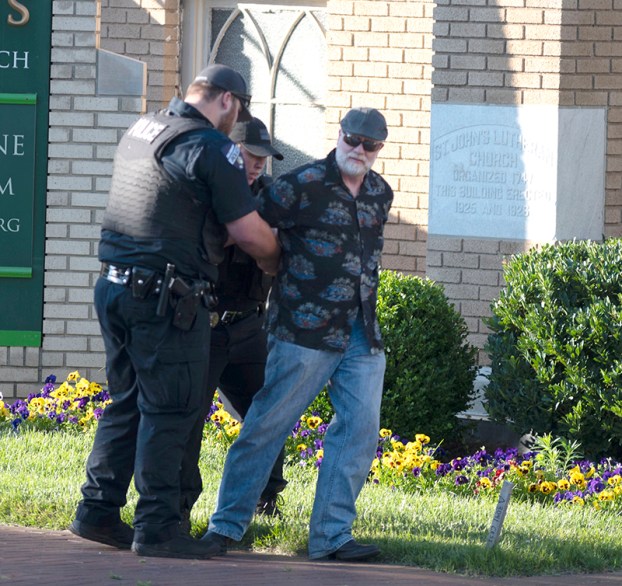 SALISBURY — Two men were charged Sunday during a downtown protest that left people scattering after a man was seen firing gunshots into the air.

Salisbury Police charged Jeffery Alan Long, 49, of Kernersville, with two counts of misdemeanor carrying a concealed pistol/gun, carrying a weapon at a parade, and one count of misdemeanor discharging a firearm in city limits. A news release said police located two firearms on Long — in his waistband and an ankle holster. He was taken into custody at the scene, at the intersection of West Innes and North Church streets.

At 7 p.m., a city news release said, officers witnessed Long pull a handgun from his waistband and fire two rounds into the air from a 9 mm pistol. He put the gun back in his waistband and walked away, followed by protestors, the city said in a news release. Officers took Long into custody as he retreated from protesters and recovered the second handgun.

A second man, Brandon Martell Walker, 33, of Ferndale Drive in Salisbury, was charged with misdemeanor carrying a concealed gun, according to a warrant.

The city initially said Sunday that two men, Long and Walker, both shot near protesters. But protesters said that was not the case. Arrest warrants also do not support that Walker fired any shots. According to the city’s statement, at the same time as Long’s arrest, Walker was identified to police as a person also involved in the altercation but who had not discharged a firearm.

As police approached Walker in the 100 block of South Church Street to take his statement, he allegedly hid behind a car and placed a 9 mm handgun under the car. He and men with him were detained until Walker was arrested. The men with Walker were released.

Walker was issued a written promise to appear in court.

Protestors gathered Saturday and Sunday in downtown Salisbury to protest the death of George Floyd, an African-American man who died a week ago after being arrested by then-Minneapolis Police Officer Derek Chauvin, who was shown on video with his knee on Floyd’s neck for over eight minutes.

Floyd died while handcuffed and lying facedown in the street. Chauvin was later terminated and charged with offenses related to Floyd’s death.

Much of Saturday’s protests were mobile, as participants drove up and down downtown Salisbury with homemade signs, wearing T-shirts and honking their horns. The Sunday protest was spread throughout downtown Salisbury. The protest then moved toward East Innes and Arlington streets before returning downtown.