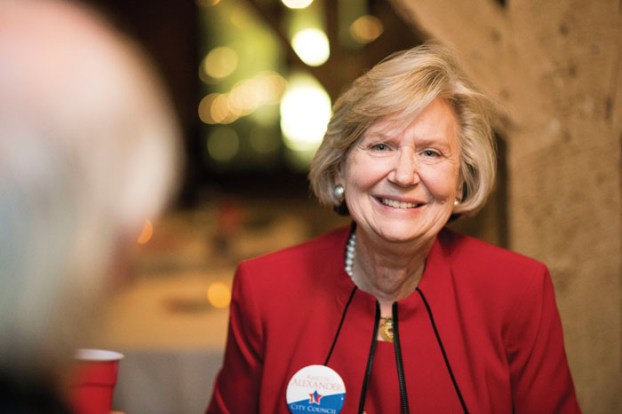 In these trying and tumultuous times, North Carolinians are hurting.

Across our state, people are seeking social justice and more equitable approaches to policing. They are doing so at a time of a global pandemic that puts their health and economic future at risk. Our business owners face hardship created by the economic effects of the pandemic and, in some instances, by vandalism from a small minority of protesters who have not respected the principles of peaceful protest.

As much as the world seems turned upside down today, as the mayor of Salisbury and as a longtime advocate for all the cities and towns of North Carolina, I know that tomorrow will dawn brighter and that we will emerge in a better place.

Part of the reason that I say that is I have seen our local officials across the state working, first, to enact meaningful steps to ensure the health of residents and, second, to unite residents in common, peaceful purpose to address the inequities demonstrated yet again by another senseless death.

It is local leaders and local government employees who are on the ground working to address these monumental challenges, often doing so out of the public spotlight, humbly and without drawing attention to themselves. I believe my fellow local officials are well-prepared to provide this leadership.

As important as leadership is, it does not happen in a vacuum. Often it is about using the resources that we have to move communities forward. And right now, because of the economic effects of COVID-19, we have fewer resources. When the economy suffers, so do the tax revenues that municipalities depend on to provide essential services.

In Salisbury, we expect sales tax revenue to drop significantly due to business closings and stay-at-home  orders.

Our utility and sewer system has seen a 14% increase in nonpayments, and those losses will rise as the governor’s executive orders continue to require that utilities not cut off customers regardless of the reasons for nonpayment. Hotel occupancy taxes will be drastically affected by occupancy levels falling from 90% to a low of 10%.

We expect deep departmental cuts and deferring over $1 million in building expenditures. As a consequence, a new $6 million fire station that would replace a 50-year-old station will be delayed. And that means residents and business owners in the area will see a cut in their insurance rates delayed.

Salisbury is not unique. Cities and towns across our state face similar circumstances, and they do so as a new budget year began on July 1.

In March, Congress approved a relief package that included $150 billion for state and local governments to meet COVID-19 related expenses, including for public safety activities. North Carolina is set to receive $4 billion, but so far the state legislature has made no direct appropriations to cities and towns. (The states three largest counties and the city of Charlotte received direct federal appropriations under the legislation.)

Now the Senate is considering but has not yet passed bills that would: eliminate restrictions on CARES Act dollars, force states to more equitably share those dollars with local governments and provide additional and direct appropriations to local governments.

Cities and towns are both crucial service providers and builders of infrastructure, and their investments ripple throughout the economy. Their financial health is critical to economic recovery.

More than ever, though, we also need financially sound towns and cities so that local leaders have all tools at their disposal to lead their communities in united purpose to a more just and prosperous future.

Karen Alexander is mayor of Salisbury and 1st vice president of the N.C. League of Municipalities.