Doug Creamer column: A check up 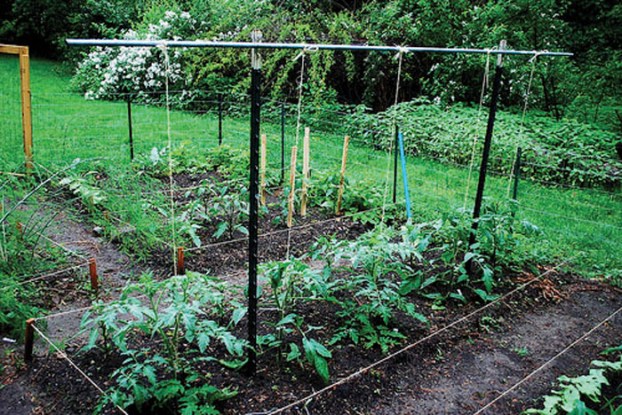 The 2020 growing season (though not yet finished) will be remembered for several off-beat weather patterns that skewed from historical norms.

The spring temperatures rushed in early, followed by several frost events. The final piedmont frost was on May 10. Right off the get-go, many Rowan County gardeners found themselves rushing back out to the local nurseries to buy a second round of replacement plants.

As the season progressed through the late spring and into the early summer, we saw mild temperatures and cool nights. For cool-season plants such as greens, cabbages and strawberries, the weather made for a long, productive season. But for heat loving plants such as tomatoes, watermelons, squash and okra, many gardeners had to wait much longer than usual for fruit to ripen. Reports of poor and late pollination in melon crops suggested that strong storms had damaged flowers during the pollination.

Then came the constant rainfall throughout July and August. It seemed as if the ground would dry just in time for another gully-washing rainfall or thunderstorm to roll through and soak everything down again. When there was not physical precipitation in the air, high-humidity prevailed and prevented plant foliage from airing out. In conditions like these, insect populations exploded and disease and fungus spread throughout the gardens. Reports of tomato blight, downy mildew and pressure from cucumber beetles, squash vine borers, and squash bugs were on the rise this summer.

What are some take-home lessons we can learn from and mitigate in 2021?

• Condition the soil with compost and create raised beds on poorly drained soils.
Aside from a few exceptions, vegetable plants hate wet feet (roots). Roots are similar to people in that while roots love to drink water, roots certainly do not want to sit in water for prolonged periods of time. Conditioning the soil with compost will help to aerate the soil particles which in turn, allows for air and water to pass through.
Similar to the foundation of a well-built house, creating a raised bed at the base of your plant will steer excess water away from the root zone. While you cannot control the amount of rainfall you receive, you can help to control where it puddles. Away from your plant’s roots is a must.

• Space plants far enough apart and trellis your vining crops
After a heavy rainfall, it is important for plant foliage to dry out as soon as possible. In an open-field setting, the only way for plant foliage to dry out quickly is through adequate air flow. To promote as much air flow as possible, make sure your plants have enough space between each plant for air to enter and exit. A good rule to follow is that if you have enough room to comfortably work and move around a plant, then you should have enough room for air-flow.
Trellising is also important to help maintain plant health during heavy rain periods. Trellising is the art of training and supporting vines to grow vertically as opposed to crawling across the ground. When a plant is standing upright, it is less likely to catch soil-borne diseases from soil splash during heavy rains and will dry out faster after the rain has subsided.

• Consider protected structures such as high tunnels
For serious growers trying to secure a reliable food supply for home or market, the use of high tunnels is becoming increasingly popular. The saying goes “if it grows good outside, it will grow better in a high tunnel.” High tunnels protect plants from rain and allows the grower to control the amount of water on each crop. That is crucial for sensitive crops like tomatoes. Also, shade cloth can be stretched over the tunnels to prevent sun-scold on ripening fruit. A shade cloth of 50-60% is adequate and has been proven to work well for vegetables in university trials. Drip irrigation is popular in high tunnels as growers want to benefit from dry plant foliage which limits fungal pressure.

If this was your first year growing your own fruits or vegetables, don’t get too discouraged. This year’s pest pressure was significantly higher on both the pathogen and insect fronts. Take an opportunity to record which varieties performed well, even under high pressure. These varieties will certainly perform well in summers to come when conditions are more favorable. Remember, most accomplished gardeners have learned their expertise at the expense of a dead plant along the way.