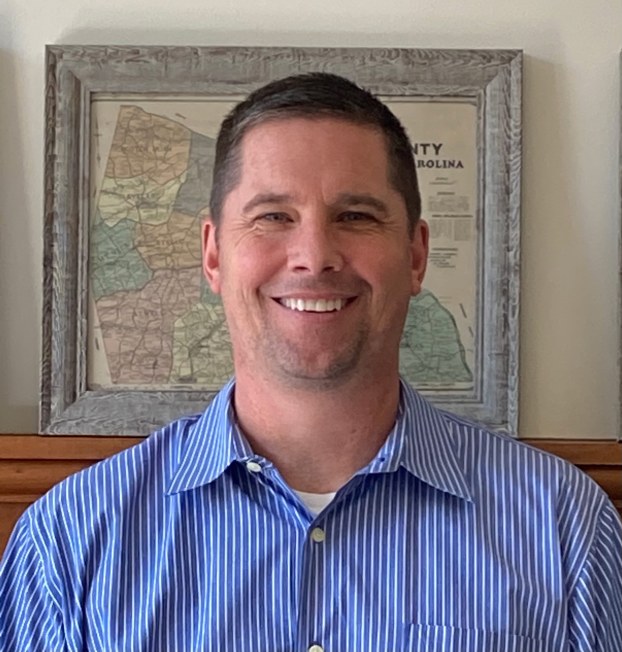 SALISBURY — To describe his situation, Jim Howden on Thursday relied on a football metaphor featuring one of the game’s greatest coaches.

“When you lose Bill Belichick and you’ve got a rookie coming in, there’s always that question of ‘Oh boy, are they going to be as good?’” Howden said.

The rookie, in this case, is Howden. And current Patriots coach and six-time Super Bowl champion Bill Belichick? That would be Leslie Heidrick, Rowan County’s longtime finance director who is retiring after 23 years in the position.

On Thursday, Howden was announced as Heidrick’s replacement. While he’s far from a rookie, as he’s served as the assistant finance director for the past three years, Howden still feels like he has something to prove.

“I’ve learned enough. I’ve done enough. I’m respected enough and now I’ve got to prove it,” Howden said. “Now comes the challenging part. You have to get through all of the different things that happen. It’s going to be tough filling in Leslie’s shoes. I don’t know if you listened to the commissioners’ meeting, she’s well respected and well liked so it’ll be tough to keep that up.”

Before accepting the job as Rowan County’s assistant finance director three years ago, Howden, a native of Auburn, Michigan, had worked in the private sector for most of his career.

After graduating from Western Michigan with a Bachelor’s degree in business administration in accounting, Howden moved to Charlotte and eventually landed a job as vice president and senior financial analyst at Bank of America. From there, he worked as a contractor for the Federal Deposit Insurance Commission before eventually moving to Rowan County to be closer to family. When the county’s assistant finance director position opened up, Howden pounced.

Transitioning to the public sector from the private wasn’t difficult, Howden said, in part because of the warm reception he received from county staff members.

“Everybody does it a little differently, but what was great about Rowan County and working here was the people,” Howden said. “Everybody accepted me in, helped me out and we worked well together so the transition wasn’t hard at all.”

It also helped, Howden said, that he was able to learn from Heidrick.

“(Her) knowledge is unbelievable,” Howden said. “The accounting knowledge, the governmental knowledge and then the knowledge of Rowan County. It has been great. I don’t know if you could ask for a better person to learn from.”

Howden said that he’s picked up on many things from Heidrick in his three years under her tutelage, which has prepared him to assume her former role.

Rowan County Manager Aaron Church said in a news release that the county “is fortunate to have someone with Jim’s integrity and experience who knows and understands Rowan County processes and procedures.”

Howden said that his short term goal is to “build confidence” between himself and the Rowan County Board of Commissioners, to which he will indirectly report. Aside from that, Howden wants to continue to make the county’s financial operating procedures more technologically advanced.

“The one thing that I definitely want to continue and push a little bit more is the technology side,” Howden said. “Can we get more things online? Can we get our contracts online and budget amendments online so that it’s all automated?”

Howden will transition to the role of director in a time when the county’s budget is facing more uncertainty than usual due to the COVID-19.

“It’s not going to be as bad as it was during the recession of 2008 and 2009, but we’re going to have to tighten our belt buckles a little bit and make sure we’re managing our expenses,” Howden said.