Concord man charged in other shootings pleads guilty to… 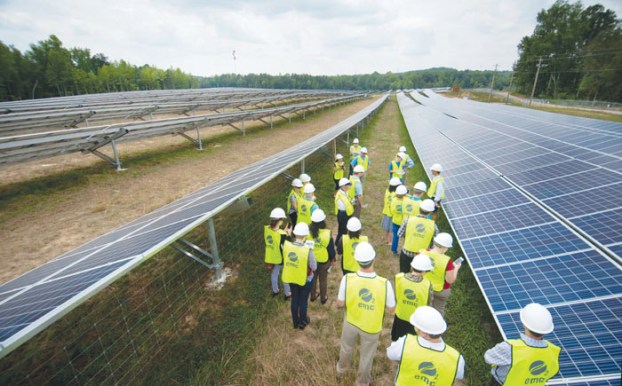 SALISBURY — The Rowan County Planning Board at its meeting Monday night considered changes to county rules regarding large solar farms.

The changes discussed and debated during the meeting would be better for all parties involved, including community stakeholders who would be impacted by solar farms exceeding 6,000 square feet, said Pete Bogle, chairman of the planning board and a local architect.

“There’s some great advantages from the public’s perspective to give them an even playing field and a better voice,” Bogle said. “From the developer’s standpoint, a set of minimal standards and from our standpoint, a better way to negotiate site specific applications.”

That’s exactly the kind of reform Rowan County commissioners had in mind when they instituted a solar moratorium last October. The moratorium on solar farms was originally set to expire in April but has since been extended twice, most recently at a meeting on Oct. 5, in order to give the planning board more time to come up with suggested changes. The current moratorium on large solar farms is set to end on April 6, 2021.

Large solar farms would fall under the “utility scale” classification.

Other changes discussed included requiring large solar farms to apply for conditional district rezoning instead of conditional use permits. This would give the planning board an opportunity to review applications for solar energy systems before they are addressed by commissioners.

“Solar facility permits were never reviewed by this board because they were conditional use permits that came through the board of commissioners,” said Rowan County Planning and Development Director Ed Muire, who presented the proposed changes and led discussion during the meeting.

Muire said that under the proposed changes large solar farm applications would be considered through a legislative process that consists of public hearings.

“This does two things,” Muire said. “It somewhat levels the playing field between land uses, the expert testimony and the ability for the public to speak on it and it also gives a longer process for review because you insert the planning board prior to the board of commissioners review.”

Muire, who presented the proposed changes to board members during the meeting, made it clear that large solar farms are not meant to go in districts zoned industrial.

“What we’re saying is that our existing industrial property should be used for industrial uses,” Muire said. “Anything that’s zoned after this day according to industrial use should be industrial. It shouldn’t be solar.”

Most applicants who want to install large solar farms in the county have applied to place them in areas zoned for rural agriculture, Bogle said, because those areas typically have the most open land.

The changes discussed during the meeting Monday night will be further scrutinized by the planning board, which will meet several more times before gathering feedback from citizens. The planning board will then present the proposed changes to commissioners for ultimate approval.