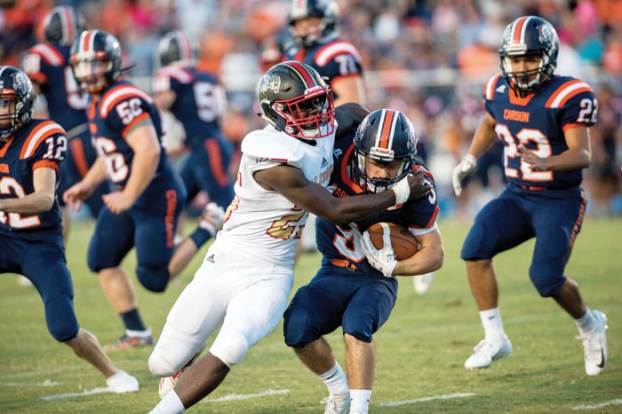 SALISBURY — Jalon Walker is such a major prospect that when he adjusts his list of potential college destinations, it’s major news. 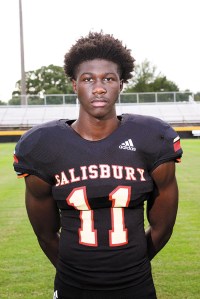 A Salisbury High junior outside linebacker, Walker is rated as the state’s No. 2 college prospect in the Class of 2021. He’s also ranked as the No. 2 outside linebacker in his class nationally and the 41st prospect overall. He had a strong camp showing in Matthews and has been rising steadily in the rankings.

Walker, an outstanding student who is now listed at 6-foot-2, 220 pounds, received an offer from virtually every major program.

On Friday, he announced a new top six. Auburn, Clemson, Georgia, North Carolina and Ohio State stayed on the list. Alabama, which offered Walker in early September, has been added. LSU, Arizona State, Notre Dame, Texas and Texas A&M are no longer listed among the schools he’s considering.

A four-star prospect who could become a five-star when football finally arrives in February, Walker is the son of Catawba head football coach Curtis Walker, who also was a Hall of Fame player for the Indians.

Walker’s former defensive coordinator at Catawba, Keith Henry, has a son, K.J., who is a defensive end at Clemson. K.J. and Jalon are good friends. That’s just one of the connections that has made Clemson the perceived favorite.

Walker also has been a regular at Clemson camps for three summers.

Walker has been the priority linebacker target for Clemson for months. The Tigers extended one of their first offers for the Class of 2022 to Walker on June 1.

Walker made 121 tackles as a sophomore. He had eight tackles for loss, eight quarterback hurries, six pass deflections, three forced fumbles, two interceptions (one pick-six) and two sacks. He was one of the key men on a Salisbury defense that posted five shutouts.

He could play defensive end or linebacker, versatility that allowed Salisbury to present a 3-4 defense or a 4-3 look. Walker dictated a lot of opposing play-calls. Teams generally ran the ball to the side of the field where he wasn’t.

Walker also made an impact as a receiver when coach Brian Hinson’s Hornets needed a big target in the passing game. He had three touchdown catches.