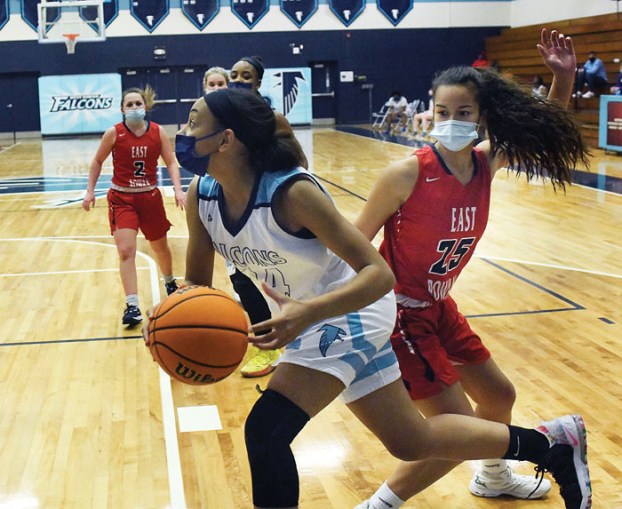 West took an 18-8 lead after a quarter in a battle between two rebuilding teams.

It was 27-17 at the break after an even second quarter.

West has a different look this year, less size and a lot less experience, but more team speed and quickness.

Clarke, who is about 6 feet tall, just finished the volleyball season and provided an immediate boost.

“She’s just getting settled in, so she had a really good first game,” Poole said. “Lauren Arnold did a great job on the boards. She’s good at getting the rebound and going right back up. Makaylah Tenor made some 3s for us. It was great to put four in double figures. We had more equal scoring tonight than we did in our first game.”

West controlled the third quarter and established a comfortable lead.

“We started really slow, but we hung around and we were still in pretty good shape at halftime,” East coach Kevin Holland said. “But then we didn’t play well at all in the third quarter, turned it over a lot and got out-rebounded. We were in a catch-up situation after that. We did play hard. We’ve just got to keep working on the fundamentals.”

The West Rowan-Lexington game that was knocked out by weather last Friday will be made up tonight (Wednesday).