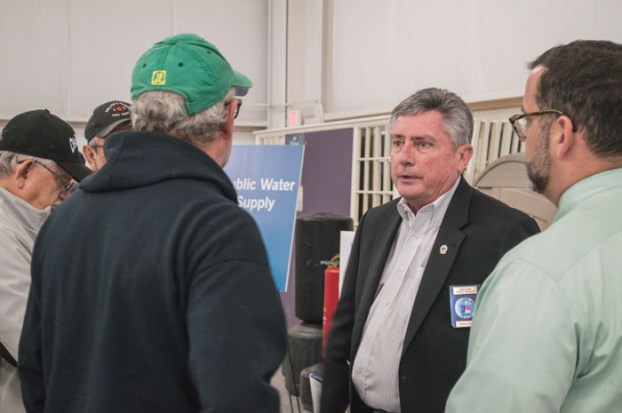 SALISBURY — With some residents of the Dukeville area facing elevated lead levels in their water, Rowan County commissioners will hold a called meeting today to address plans to solve the problem.

During the afternoon meeting, commissioners will be presented with an update on a chemical booster station planned for the Northeast Rowan County Water System, which serves the Dukeville area. Commissioners will also make a plea for residents using the system to help the county with future water testing for lead.

The county discovered through several rounds of water sampling that concluded in early 2020 that water in four homes on the system have lead in their drinking water that exceed the EPA’s limit of zero. The water system serves 162 connections and several hundred residents is owned by the county, but the water itself is treated by Salisbury-Rowan Utilities.

On June 25, 2020, the North Carolina Department of Environmental Quality told the county it must build the booster station by June 12, 2021, to gain compliance with the EPA’s standards or else it could face a penalty.

County officials say they believe the elevated levels of lead in the drinking water of some homes are caused by lead solder contained within in-house piping. Ideally, the booster station would remedy this problem by injecting a chemical into the water that would coat the pipes and prevent lead from seeping into the water. County officials and Salisbury-Rowan Utilities Director Jim Behmer said the water line running to the home is not the issue because construction occurred in the previous three years. It was initially intended as a water line to jump-start economic development in the northern Rowan County area, but questions about the quality of private well water around the former Buck Steam Station, a coal-fired power plant, prompted state government to require Duke Energy to provide clean water to houses nearby. While Rowan County officials had already moved forward with plans to extend water lines to residents coping with water quality questions, Duke Energy’s compliance came by helping pay for construction costs associated with the project.

Along with a presentation from Hazen and Sawyer, commissioners will consider approving a contract with 120Water for the Indiana-based water solutions company to supply each household along the line with a Brita filtration pitcher as an interim solution. The filters would remove any lead from water, according to county officials.

The company would separately send a water testing kit with instructions to each home on the system. Both the Brita pitcher and the water test would be sent no later than mid-February and would come at no charge to the homeowner.

If the 120Water proposal is approved, which would likely cost the county $37,067.90, the county would need every homeowner who receives a water test to complete it.

In the meantime, the county wants to inform residents on the Northeast Water System that there could be dangerous levels of lead in their water and is encouraging them to take certain precautions when using drinking water — running cold water from a faucet for three minutes before drinking it and manually cleaning aerators in faucets.

The county has sent multiple communications to the residents on the water system informing them of the presence of lead in some homes. The county also offered free testing, which only seven homeowners participated in, one of which had elevated levels of lead present. The county subsequently hosted two meetings about the problem.