Ask Us: How will county administer second doses of… 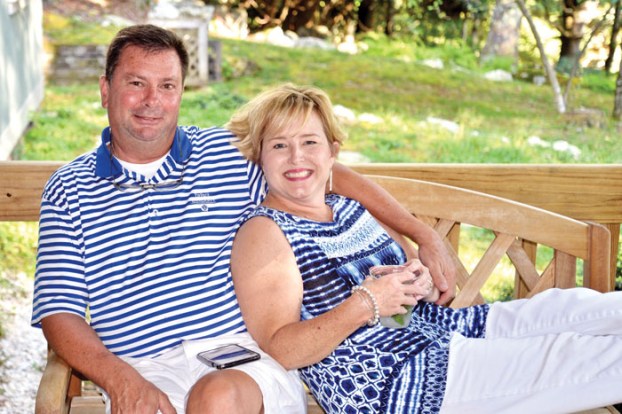 Scott and Kim Robinson on one of the visits to the Carter family mountain home.

“That’s a pretty good description of Scott Robinson,” Stan Jordan said Saturday of his friend since Knox Junior High School days. “He’s the most loyal guy I have ever met.”

That loyalty extended from Scouting to the community to church to family and friends to the Kiwanis Club, Jordan said. “It’s hard to come across folks like that these days.”

An Eagle Scout, Robinson was an appraiser with Robinson Associates, a company his father started 40 years ago. In 2016, Robinson became president of the Appraisal Institute, an international organization with members in more than 60 countries.

“He took the business and ran with it,” his friend Marny Hendrick said Sunday. “He became the international voice of the appraisal industry.”

People were saddened to hear of Robinson’s death on Friday after a fall at his new home Jan. 13. He and Kim, his wife of nearly 33 years, were set to move into a patio home on Feb. 5. Now their son, Miles, 22, will be moving in with her. The couple’s daughter, Molly, 29, lives in Greenville, but has been a constant help to her mother since the accident. He is also survived by his parents, John and Lucy, and his brother, Brad, of Raleigh.

Robinson’s funeral is being held this morning at 11 a.m. at St. John’s Lutheran Church. The service will be live-streamed on the church’s website (stjohns-salisbury.org) so that friends near and far can participate.

Hendrick and Robinson were neighbors in the 1980s, and they also worked in Scouting together.

“He was a no-nonsense guy,” Hendrick said. “He would tell it to you straight, which is something young boys need.”

Robinson served on the county’s Eagle Scout Board of Review, and saw to it that his son attained the rank of Eagle Scout.

Alex Yang and his twin brother, John, are Eagle Scouts, thanks in part to Robinson’s encouragement.

“Scott Robinson was the main reason why I was able to achieve my goal of becoming an Eagle Scout,” Yang wrote on Robinson’s Facebook page. “He was someone who would go out of their way to make sure you were doing OK. He gave me comfort when I was uneasy about going on camping trips and summer camp, and continued to encourage me to get my Eagle, even when it felt far-fetched.”

In Robinson’s professional life, Stephen Roach of San Diego has known him for more than 30 years, as they’ve both been heavily involved in the Appraisal Institute. Roach set up a GoFundMe page to assist the family with what he first thought would be a lengthy recovery period for Robinson. In just two days, the page quickly exceeded Roach’s initial goal, which he’s raised twice since. Roach says he wasn’t at all surprised by the support.

“Scott was well-known for mentoring people and helping them get through the process of various designations,” Roach said Saturday. “He was particularly interested in exporting the best practices of the Appraisal Institute around the world. He was a small-town boy from Salisbury who cast off those shackles long ago. Every single person I know has a story that Scott had just the right thing to say at the right time. Someone told me this morning that he was an ‘uncommonly good man’ and that’s true.’”

He added, “It’s an unspeakable loss for his family, but it is a devastating loss for the appraisal community around the world.”

Miles Hamrick, an appraiser in Gastonia, took classes in which Robinson was the instructor.

“He spoke to people, not over people,” Hamrick said Saturday. “He could touch your heart and help you as a person. He made friends with everybody.”

When Jordan, who graduated from UNC, returned to Salisbury in 1991, Robinson, a graduate of Wake Forest University, was already back. Robinson invited his friend to join the Kiwanis Club. With their wives, they were part of a group of six couples who went to the mountains each year, purchasing a weekend at a mountain house owned by Paul and Lois Carter, a popular item at the youth auction.

“That was a mission each time,” Jordan sayid. “We weren’t gonna walk away without it.”

They’d go up for a long weekend, going out to eat Thursday evening, then take turns cooking on Friday and Saturday, three couples per evening.

“Everybody always wanted to be in Scott’s group because he was such a good cook and loved to cook,” Jordan said. He also cooked breakfast each morning.

Sadly, this is not the first time the tight-knit group has suffered loss. Steve Shirley, a member of the group with wife Nancy, died of cancer in 2013.

“This one hits pretty close to home,” Nancy Shirley said Saturday. “It is a lot different, because we were prepared. We knew it was coming. A lot of people are having a hard time over this.”

“As long as I’ve been forming memories, Mr. Scott was in them: in my home, as my back-door neighbor teaching me how to hold a sparkler, and the father of one of my childhood best friends,” she said Saturday. “He was in my parents’ social circle as a loyal friend for nearly 30 years. In the community, he led groups and found a way to help anyone he could. In church, he was an active member and Boy Scout leader. In school, he was a field trip chaperone and cheerleader for our sports teams. He was everywhere. When my dad died, he was there. The entire Robinson family was. He’d do anything for you — but don’t ask for that nautical flag belt. Somehow he made that thing a fashion statement for at least 20 straight years. He was just always there, and isn’t that what you need in a friend? Someone who always shows up for you.”

Robinson was likely wearing that natty nautical flag belt when he met his future wife. The summer after her sophomore year at Peace College — it was a two-year college then — Kim Robinson had moved back home to Lexington and applied for a waitressing job at Darryl’s in Winston-Salem. Robinson was the general manager for all three of the Darryl’s restaurants in that city.

The day she met him, Robinson was sitting under an umbrella in a plaid shirt, khakis, and white leather tennis shoes — what would become his “uniform” in the years they were married.

He struck her as being very matter-of-fact — “It wasn’t love at first sight,” she said — but she decided to work there anyway.

About mid-way through the summer, they started dating.

“He grew on me when I started working there,” Kim Robinson said Sunday.

She went on to Meredith College and was miserable. Robinson encouraged her to come to Catawba College to finish her degree in communications.

The couple were married Aug. 20, 1988, and she graduated the next May. She later got her LPN, RN, and master’s degree in nursing, and has been with Novant Health on and off since 1996. For the past five years, she’s been a clinical nurse navigator.

Kim Robinson said that her husband “has been a father who has always been very supportive of his children’s decisions. Because he worked for himself, he would be there for all of Miles’ and Molly’s activities.”

Robinson, she said, “was pushy, but in a loving way. That was his way of loving — to make sure everybody was doing what they were supposed to be doing.”

When his wife was pregnant with their daughter, Robinson would mix orange juice, a banana and crushed ice to make sure she was getting enough folic acid. Every. Single. Morning.

“I didn’t like orange juice then and I still don’t,” she said, laughing. “But he was protective in his love. It was always there for all of us. It was his love language, to serve. He would always push me. I don’t know where I’m gonna get that push from now.”

About a year ago, Robinson told her he was ready to move out of their home of 24 years and downsize to a patio home. They moved into a two-bedroom home in April, a rental, but decided they needed something larger, and purchased a three-bedroom home in December.

Robinson was at their new home on the morning of Jan. 13 when he fell from the attic onto the cement in their garage. He became combative — a telltale sign of a head injury — when his wife and EMS workers told him he’d have to be airlifted to Baptist Hospital in Winston-Salem.

Even though she’s a nurse, “I had no idea how bad it was,” Kim Robinson said.

He sustained multiple skull fractures but was able to come home on Tuesday. Yet the family struggled for two days before taking him back to the emergency room on Thursday morning.

That’s when Robinson became confused and complained of a severe headache.

At that point, she said, “I knew he was dying.”

Returning to Baptist, he endured two brain surgeries within 24 hours. But by Friday morning, his brain stem showed no activity.

That afternoon, the family’s pastor, Rhodes Woolly, gathered at his beside and had a brief service for the four of them. Robinson was then taken off the ventilator.

“His heart was pumping,” Kim Robinson said. “We could hear it just trying to pump.”

But he was gone within five minutes.

“It was just surreal,” she said. “He had just painted the entire dining room the night before he fell. He wanted me to be in that house.”

She added, “He taught me and the kids a lot of important things. That’s his legacy. We were always Googling what he would say, but he was always right.”

City officials differ on how, what information should be released regarding viral K-9 officer video 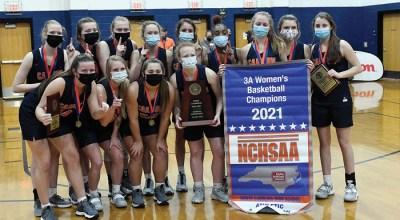 Gotta’ Run: It’s time to get outside and here’s why

City officials differ on how, what information should be released regarding viral K-9 officer video

With jury trials set to resume, impact of COVID-19 on process looms