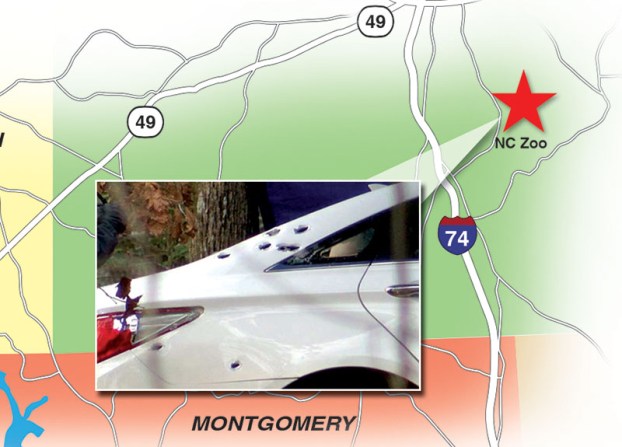 Troy C. Caster, 21, was shot and killed at the North Carolina Zoo after a multi-county chase that started near his residence on Phaniels Church Road. He reached speed of more than 100 mph and fired shots at law enforcement officers who were chasing him, officials said.

The chase was “forcibly ended” by Randolph County sheriff’s deputies on a gravel road near the zoo. That’s also where Randolph County deputies shot and killed Caster. No law enforcement officers were injured in the chase.

“It is clear from the evidence that at the time the involved deputies fired their duty weapons they were either presented with an imminent threat of death or serious bodily injury to themselves or another deputy from the action of Troy Caster,” Gregson said in a news release. “The deputies’ application of deadly force was reasonable and necessary in response to the threat. The deputies’ actions were lawful, justified and proper under U.S. constitutional law and the North Carolina law governing the use of deadly force by law enforcement.”

Gregson made his conclusion after receiving a report conducted by the N.C. State Bureau of Investigation. A news release said no further investigation is warranted.

The Rowan County Sheriff’s Office said the chase originated with Caster attempting to rob a female taxi driver at 5 p.m. Jan. 6, 2020, in the China Grove area — near the intersection of Arcadia and Rogers roads.  The taxi driver told Caster how much he owned, and he demanded the driver’s money, the Rowan County Sheriff’s Office said. Caster pointed a pink handgun at her face and pulled the trigger, but the gun didn’t fire, the woman told law enforcement.

The gun later fired during a struggle between the taxi driver and Caster, damaging a window. Caster got out of the vehicle and pointed the gun at the taxi driver, who sped off.

In that incident, Caster faced charges of attempted armed robbery and assault with a deadly weapon with intent to kill.

He was spotted at 5:30 a.m. on Jan. 7, 2020, near his residence and did not stop for Rowan County sheriff’s deputies, starting the chase.

The chase continued into Rockwell, onto U.S. 52 and into Stanly and Davidson counties before entering Randolph County — where the Highway Patrol and Randolph County Sheriff’s Office took over.