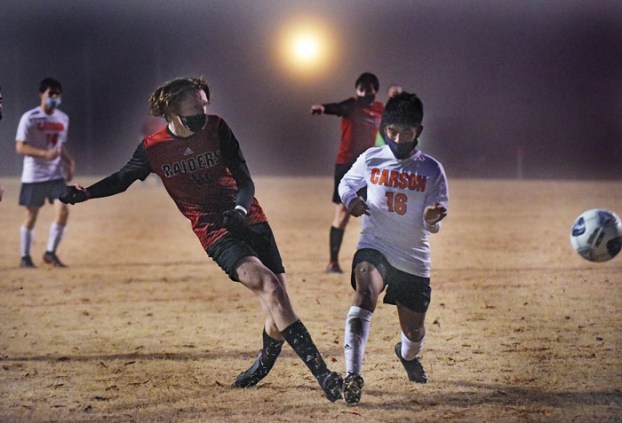 LANDIS — South Rowan’s boys soccer team won 4-0 against Carson on Tuesday in the season opener for both teams.

With the uncertainty of a COVID season, the Raiders also honored their seniors.

Noah Steedley made eight saves and had the clean sheet in goal.

“I don’t think we played as well as we did in our scrimmage, but we did enough to control the ball,” South coach Russ Fisher said. “We missed some chances, didn’t take advantage of some scoring opportunities, but we were pretty solid defensively in the back. Carson only had a few chances.”