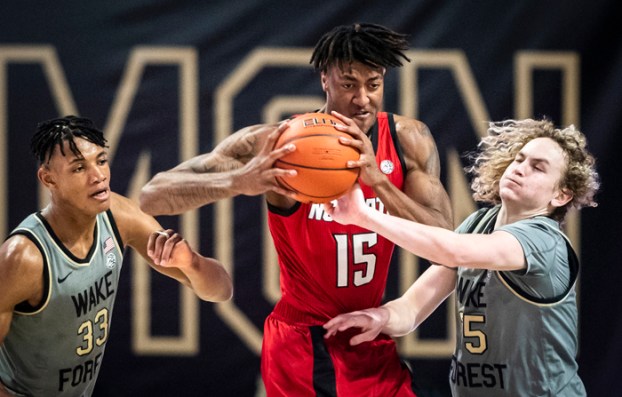 The win was also a rare third straight conference road win for N.C. State, which last accomplished the feat winning its final two road games of the 2002-03 season and first of the 2003-04 campaign.

Wake Forest battled the Wolfpack to a 14-14 tie through the first seven-plus minutes, but Hayes hit consecutive 3-pointers and N.C. State was off on a 13-4 run over the next 2:34.

Wake Forest held a halftime ceremony to honor Charlie Davis on the 50th anniversary of his being the first Black player to be named ACC Player of the Year.

Florida A&M (5-8, 4-2 Mid-Eastern Athletic Conference) posted a season-high 20 assists.  Tyler Maye had six rebounds for the Aggies (8-10, 4-1), whose five-game win streak ended. Kameron Langley, the Aggies’ leading scorer coming into the matchup at 10 points per game, shot only 1 of 7).

Justin Forrest had 20 points and six rebounds for the Mountaineers (12-9, 6-6), who now have lost four straight.