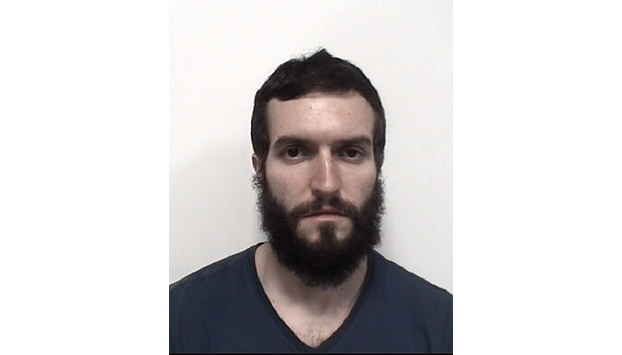 SALISBURY — A 28-year-old man is accused of intentionally striking a Thomasville Police Department officer with his motorcycle and causing serious injuries during a chase that started in Rowan County.

Brian Alexander Bacelli, of Jamestown, faces a laundry list of charges, including attempted first-degree murder, assault with a deadly weapon with intent to kill and assault with a deadly weapon on a government official. He’s accused of taking law enforcement officers from a number of agencies on a chase for about 48 miles before it ended in Thomasville with an officer injured.

Bacelli is currently being held in the Davidson County Detention Center with a $1.06 million bond.

The officer, Sgt. Joseph Driggers, was in stable condition Friday after being airlifted to Wake Forest Baptist Health with serious injuries. Driggers has served with the Thomasville Police Department since 2003.

The Rowan County Sheriff’s Office began the chase at 1:14 p.m. Thursday on Interstate 85 south during what was otherwise a routine patrol, said Maj. John Sifford. A black motorcycle traveling in a pack of three in southern Rowan County did not have a clear license plate, and a Rowan sheriff’s deputy got behind the vehicle.

In Rowan County, the chase continued on N.C. 152, Old Concord Road, Faith Road, Jake Alexander Boulevard and East Innes Street before getting back onto I-85 north. During the chase in Rowan County, Bacelli is accused of driving toward a local sheriff’s deputy, who was not injured.

Once the chase entered Davidson County, it moved to I-85 Business North. Thomasville Police initiated a mobile roadblock as the pursuit approached Kanoy Road’s interchange with I-85 Business north. Sifford said Driggers was driving a truck in front of Bacelli and a Rowan Sheriff’s Office deputy was behind.

Bacelli came to a stop and put his hands up before driving at Driggers, “impacting him pretty violently and knocking him to the ground,” Sifford said. In another attempt to flee, Bacelli lost control of the motorcycle on the shoulder.

Law enforcement officers tackled Bacelli after attempts to use a stun gun were ineffective.

After the chase, Sifford said, law enforcement officers discovered the motorcycle displayed a fictitious West Virginia license plate and was registered to another man.