‘Under the Southern Sky’ is Kristy Woodson Harvey’s seventh… 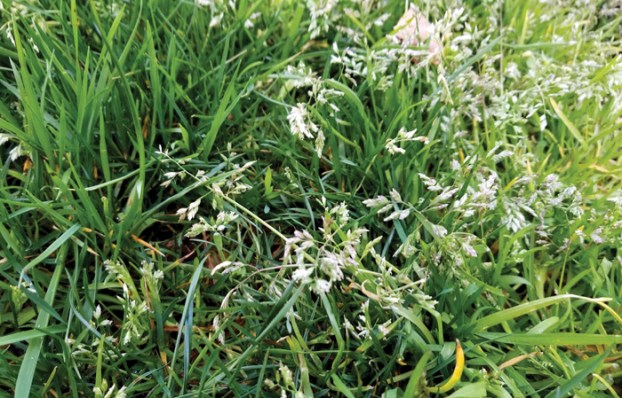 Warm weather and plentiful rainfall have given new life to my ailing fescue lawn. However large splotches of light-colored grass have appeared in newly seeded areas of the lawn.

With a little research, I realized these areas were infested with a fairly new invasive, rough-stalk bluegrass (Poa trivialis). Now along with annual bluegrass, there are infestations with another type of bluegrass; however, the problem is this grassy weed is a perennial. Rough stalk bluegrass is a common seed contaminant in tall fescue seed.

The weed seed itself looks identical to fescue seed cultivars and it’s not screened out during the harvesting process. The grass is very fast growing, light green and much taller than fescue. However, it will soon disappear as the summer heat arrives. Unfortunately, the grass returns in the fall with cooler temperatures. There really is not a selective means of control in fescue lawns. The best method of control is to eliminate the weed now as it is growing and replant fescue in the fall. 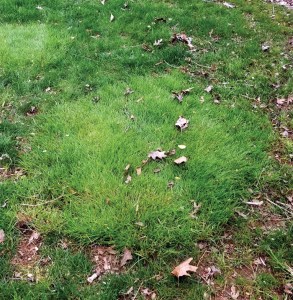 Annual bluegrass (Poa annua) continues to be a weed problem. The winter annual dies in early summer as the temperatures rise steadily above 75 degrees. It flourishes in fescue lawns by mowing too closely, shallow or frequent irrigation, poor soil drainage, improperly timed fertilization, soil compaction from pathways or heavy equipment, and too much shade. Most want to know what can be done to eliminate the weed from their fescue lawns. Unfortunately, there is no easy control either of these bluegrass weeds.

Darrell Blackwelder is the retired horticulture agent and director with the North Carolina Cooperative Extension Service in Rowan County. Contact him at deblackw@ncsu.edu .