Blotter: Thousands of dollars in lumber taken from Newsome… 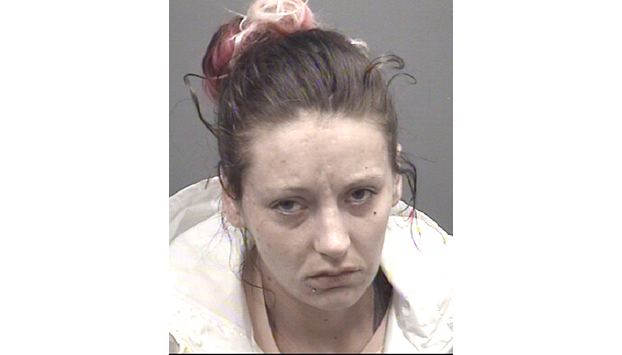 SALISBURY — A woman was charged Monday with a series of drug crimes after she allegedly left needles in the trash can of a gas station bathroom.

A Rowan County Sheriff’s Office deputy initially was called to Love’s Travel Stop on Peeler Road because Jones was reported to be walking around in the store impaired and with a child. An employee reported and Jones confirmed that she dropped some needles in the gas station’s bathroom, said Maj. John Sifford.

When the sheriff’s deputy arrived, the child reported to be walking in the store with Jones was in a truck with a man who said he was the woman’s boyfriend.

Sifford said Jones admitted to having a small amount of heroin in her pocketbook. In her possession, sheriff’s deputies allegedly found some crystal methamphetamine, a small bag with an unknown powder and a glass smoking pipe that had been used for methamphetamine.

Jones was booked into the Rowan County Detention Center with a $2,500 secure bond. The male driver received a citation for driving while license revoked.