Counties like Rowan could see benefits from Apple’s move… 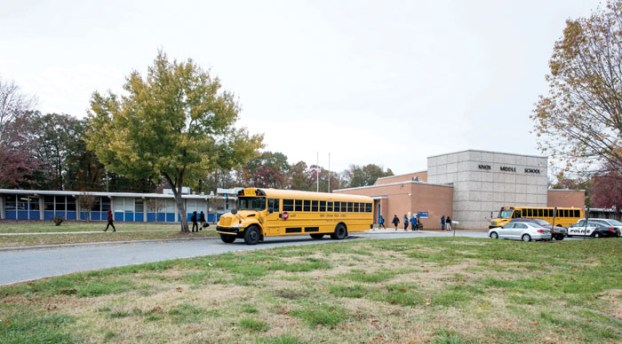 SALISBURY — Demand for materials and supply chain interruptions could pump up the $50 million cost estimate for Rowan-Salisbury Schools’ newest facility.

Rowan Salisbury Schools Associate Superintendent of Operations Anthony Vann said a cost increase is his biggest concern with the Knox-Overton K-8 project, which was delayed due to the pandemic.

The RSS Board of Education approved moving ahead to the design phase of the project in a 4-2 vote last January, but the pandemic arrived in Rowan County in March and the county froze $75 million in capital funding amid the economic uncertainty.

The project would build a new facility on the land between Knox Middle School and Overton Elementary, effectively combining the two and addressing the problems with both facilities.

“I do think it is likely there will be a cost increase,” Vann said, adding it would be difficult to come up with an exact number for the increase because the district has put the project aside for a year.

He pointed specifically to supply chain problems and subsequent cost increases on materials such as steel, lumber and PVC. Other factors can create cost jumps as well.

“The freeze in Texas threw the PVC market for a loop across the country,” Vann said.

The project will need some lumber, but Vann said commercial projects like schools rely heavily on steel and PVC. Vann said the district is hoping material costs drop to pre-pandemic levels in a couple months of time.

Funding major projects like schools can be complicated for a district. Capital funding is provided by the county. Rowan County committed $81.5 million to the district’s capital outlay in 2019. The district was able to use $6.5 million for HVAC upgrades and repairs across all its facilities.

The remaining funds not earmarked for the school had not been assigned to any projects.

RSS Associate Superintendent of Resources Carol Herndon said costs for the Knox-Overton K-8 were going to be taken on by the county as debt, but there’s no official word on the future of the funds. She hand delivered the district’s local budget request to the county last week.

The district typically gets feedback on the budget between mid-May and mid-June. That’s after the county has accumulated the budget requests from local agencies and puts together a proposed budget.

RSS Board of Education Chair Kevin Jones said he is hoping Knox-Overton funding is made available soon.

“The only reason we have not moved forward is we do not have funding,” Jones said, adding more than a year later the board may need to revisit the details of the project.

Jones said the project delay concerns him, but in the scope of the pandemic he understands.

Vann said the district will need to take another look at the design of the school. He said the pandemic has changed how teachers interact and work with students. The district may decide the new building needs different space alignment.