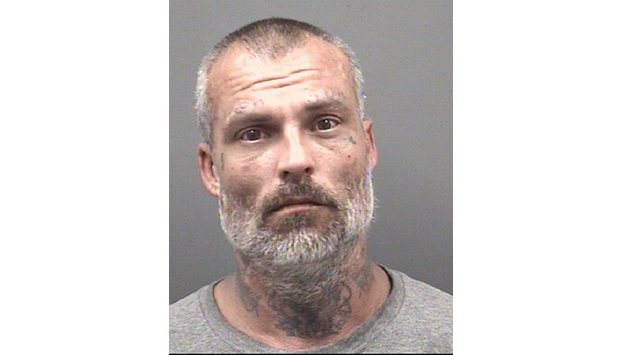 SALISBURY — A three-county vehicle chase that ended in a man’s bathroom started when the same man sped past a police officer without a license plate on his car.

Mitchell Ryan Herrington, 40, of Kannapolis remains in jail on a long list of charges from multiple law enforcement agencies for a chase that occurred Tuesday, June 1. Lt. Justin Crews of the Salisbury Police Department said Herrington drove past an officer “at a high rate of speed” in a 2006 BMW X3 that did not have a license plate attached.

Herrington took officers from multiple agencies, including the Salisbury Police Department and Rowan County Sheriff’s Office, on a chase down Interstate 85 south. He’s accused of turning around at the Brookshire Boulevard exit in Charlotte, taking the chase up I-85 north and to his house at 4052 Salisbury-Old Concord Road, which has a Kannapolis address and sits in an unincorporated area.

During the chase, Herrington allegedly called 911 to say he wouldn’t stop for law enforcement, made threats and said he would kill himself.

When Herrington reached his home, his car was missing all of its tires. He barricaded himself in a bathroom. Officers kicked in the bathroom door and stunned him with a Taser after he “challenged us by deploying a fighting stance,” according to the Rowan County Sheriff’s Office.