SALISBURY — With a budget amount finally agreed upon by state House and Senate leaders, local lawmakers say they expect a spending document to emerge in the next two weeks.

Every two years, the House and Senate take turns proposing the state budget. This year, the Senate is tasked with formulating the 2021-23 budget.

A new budget was not finalized in North Carolina for the 2019-20 and 2020-21 fiscal years, with Gov. Roy Cooper, a Democrat, vetoing the legislature’s approved budget in 2020 due to the exclusion of Medicaid expansion by the Republican-led General Assembly. So the state has primarily operated on the spending amounts outlined in the 2018-19 fiscal year budget.

After a disagreement for weeks over the final budget amount, state House and Senate members reached a deal to include no more than $25.7 billion in the 2021-23 budget. The final amount represents a nearly 3.5% increase in spending, but it’s less than Cooper’s $27.3 billion budget proposal.

Senate President Pro Tem Phil Berger and House Speaker Tim Moore, both Republicans, said in a statement they plan to make tax cuts and save for future needs. The proposed budget won’t include Medicaid expansion or a bond to cover school construction projects, but will include at least $4.2 billion for new capital spending.

During a news conference Thursday, Cooper said the issue of Medicaid expansion “is still on the table” based on discussions this week with House and Senate leaders, and credited this time as “an opportunity to pull down an unprecedented amount of federal funding.” While he doesn’t expect Medicaid expansion to be part of the General Assembly’s proposed budget, he said there will be “an ultimate negotiation” regarding expanded health care coverage before a final budget is passed.

In his budget proposal, Cooper called for $5 billion to be invested for the expansion of Medicaid, with American Rescue Plan funds providing an additional $1.7 billion to support the expansion without the state covering any costs for up to six years.

Cooper said there are also opportunities to expand health care coverage in legislation outside of the budget. He credited Medicaid expansion as a smart economic choice and a job creator as well as an opportunity to drive down costs among private providers.

“In the middle of a pandemic, it is the right thing to do. It is the moral thing to do,” Cooper said. “There are a lot of reasons to do this right now, and I hope that we can get it done.”

Data from the U.S. Census Bureau on health insurance coverage shows that 1.16 million North Carolinians, or 11.3% of the state’s population, lacked health coverage in 2019. 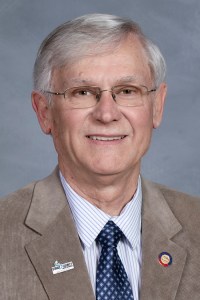 Rep. Wayne Sasser, a pharmacist and Republican representing Rowan, Cabarrus and Stanly counties, currently serves as chairman of the House Health committee as well as the Appropriations Committee for Health and Human Services. Sasser told the Post there is no appetite among Republican leaders to take the federal governmental incentive to expand Medicaid. Instead, he’s said, the program should be examined further to ensure those with health needs are included, not just those who can’t afford health coverage. With more people returning to work, Sasser said he anticipates some North Carolinians will roll off the program, while others will become eligible.

Sasser said he’s an advocate of prioritizing coverage for those with health issues and doesn’t agree with one’s socioeconomic status being the primary or deciding factor for Medicaid or affordable health care coverage.

“Before we go all in on Medicaid expansion, we probably need to look at the whole Medicaid system,” he said. “Compromise is not a dirty word.”

Sasser said he and other Health committee members have been meeting with the Department of Health and Human Services to discuss its needs and how its programs are funded. One concern is the creation and establishment of the Health Information Exchange system, which would serve as a central location for health care providers to pull any patients’ medical information if the patient is transferred to another facility, for example. Sasser said a rollout of the program was anticipated for July 1, but some have cited COVID-19 and the priority of telehealth services as reasons for the delay.

Additionally, Sasser said lawmakers are looking at what programs weren’t funded due to the 2019-21 budget veto.

Both Rep. Harry Warren and Sen. Carl Ford, Republicans who represent Rowan County, said they expect a proposed budget no later than June 25.

Ford said “it’s in the hands of the big chairs” now. When asked about any local priorities in the budget, he anticipates it will include a lot of the same measures included in the 2019-21 budget.

“You can pretty much look at the budget from two years ago, and if it was in there then, it’ll more than likely be in there now,” he said.

Warren said the amount agreed upon by House and Senate leaders resulted in less than what the House wanted and more than what the Senate wanted. He’s more optimistic Cooper won’t veto the budget, but the possibility of overriding a gubernatorial veto is more attainable now if it gets there, Warren said..

Ford is also optimistic for more compromise, but said Republicans have shown the Democratic governor that “they’re not going to cave into his demands.”

In North Carolina, a three-fifths majority is needed in each chamber to override a gubernatorial veto, which amounts to 30 votes in the Senate and 72 votes in the House.

Warren added that while Medicaid expansion has worked in some states, it’s not always the best move for others. Additionally, with the federal government trillions of dollars in debt, states must look at the long-term financial implications, he said.

“I don’t think anybody can say, unilaterally, that it’s automatically a good or bad thing,” he said. “And it’s incumbent upon states to not contribute to that fiscal irresponsibility. Having said that, though, health care coverage for all of our citizens is going to continue to be a priority regardless of party. We really need to have a health care plan that’s accessible and affordable for everyone.”

“You have to be careful with big spending because it’ll affect you from now on,” he said.

Medicaid is currently undergoing transformation, with a transition to a managed care model expected to roll out in the next few months. Services will remain covered by Medicaid, but they’ll be managed under one of two types of health plans.