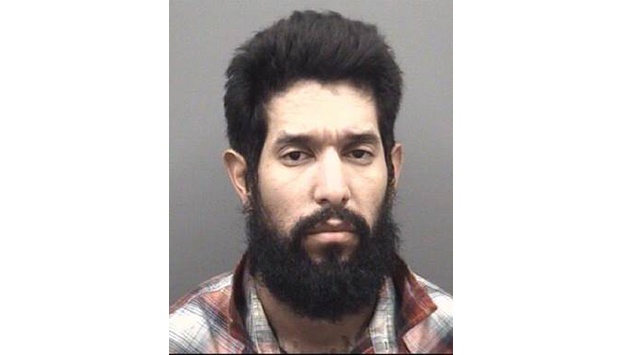 SALISBURY — A jailed man has been charged with murder after a single-vehicle crash on Saw Road turned into a homicide investigation.

Rene Oscar Gomez Jr., a 31-year-old man who lives on Saw Road, was charged Tuesday with killing Edward Leland Geouge III, a 28-year-old from Kannapolis. Geouge was found dead last week in a vehicle that ran off the road and overturned in a field on Saw Road in the Enochville area.

After Geouge’s body was transported from the scene, a medical examiner found a gunshot wound and determined it to be the cause of death.

The circumstances that led to Geouge’s murder weren’t immediately clear on Tuesday.

Gomez was first arrested and booked into the Rowan County Detention Center on Thursday for failing to notify authorities about an address change as a registered sex offender as well as failing to appear in court for other crimes.

The Rowan Sheriff’s Office investigation determined Gomez to be the suspect in Geouge’s murder and obtained search warrants for several different locations, a news release said. After being served with the murder charge, Gomez is now being held in the Rowan County Detention Center with no bond.

The Rowan Sheriff’s Office says additional charges may be coming.